Today Nikon is empowering its DSLR lineup with the Nikon D5300, an evolution of the D5200 now featuring built-in Wi-Fi, GPS, and other enhancements. The D5300 is an upper entry-level DSLR that boasts numerous advanced features in a light and compact package. At its heart is a class-leading 24.2 megapixel APS-C sensor and an advanced 39-point autofocus system.

The D5300 is Nikon's first DSLR to natively support Wi-Fi. Thanks to this feature, smartphone and tablet users can instantly share photos from the camera and even control it remotely (yes, this means that the D5300 is able to transmit its live view image wirelessly to your device)! GPS information is also sent over for easy geotatting and status updates. Current iOS (iPhone, iPad) and Android devices will are supported; the required app can be downloaded from the Apple App Store or from Google Play, respectively. 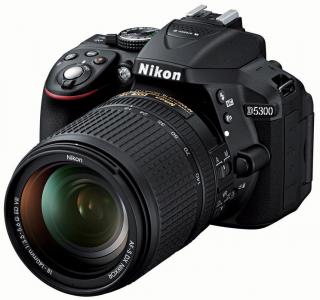 If you enjoy shooting videos, you'll he happy to hear that the D5300 has a new 60p framerate mode for Full-HD videos; the D5200 only supported 60i. The D5300 is quite a compelling HDSLR when you consider its framerate capabilities alongside advanced movie recording features, a built-in stereo microphone, and support for external microphones. This high framerate is a first for a Nikon DSLR, as even the D7100 only supports 1080/60i recording.

Finally, in addition to a cosmetic facelift, the D5300 has seen some small ergonomic improvements, such as more space for your thumb on the back of the camera. It should also be easier to release the rear LCD on the D5300. The funamental button layout nevertheless remains unchanged.

Current D3000 series or D5100 users may wish to consider upgrading to the D5300 for its improved image quality and feature set. It's great to see that Nikon finally has a "connected" DSLR, and we're sure that built-in Wi-Fi will soon become standard on all serious DSLRs. It would be very convenient to finally do away with the wireless adapters and external GPS units that pro DSLRs currently require!

The D5300 body is already available for pre-order for $799.95, the same price as the D5200 pre-rebate. The camera will also be available in a bundle with the recently-announced 18-140mm VR kit lens for $1399.95. It is expected to start shipping on November 14th in traditional black, red, and gray finishes.

For more details about the new camera, see the D5300's full specifications in our camera database. 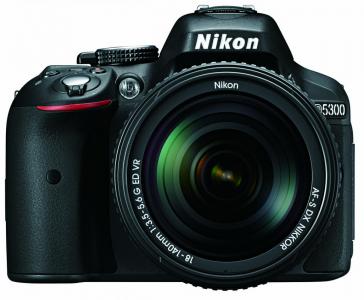 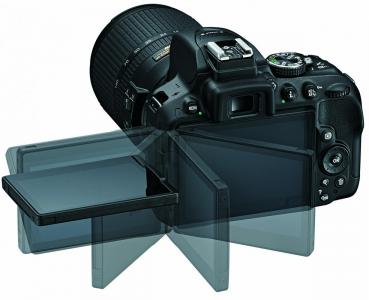 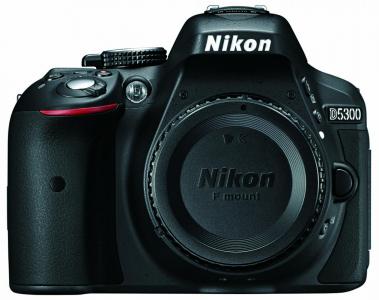 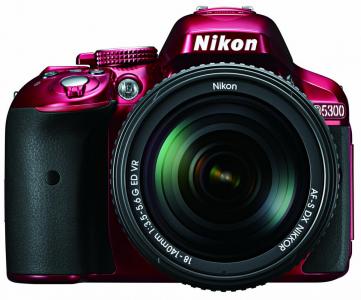 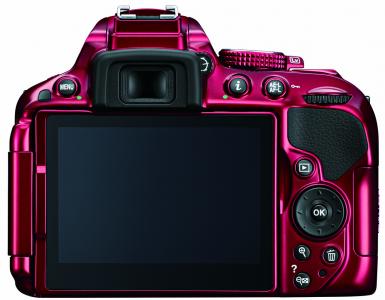 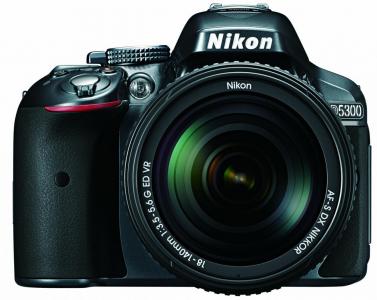 I wonder how long it will be until it comes out.  I currently have the D5100, but I've been thinking of upgrading to the D7000 line.

It is interesting that this camera has shipped so soon after the D5200. It seems like Nikon is on a speed race for shipping newer products lately. The specifics on this camera look really nice. However, I don't see anything that is a lightining huge change from either the D5100 or the D5200. I can see this being a camera that might get a number of people to move off like a D40 though.

The integrated Wi-fi does look really interesting. I am curious how easy it will be to use it and how fast it is. Will it be fast enough to shoot wireless tethered while shooting RAW and get reasonable response? Or is it there primarily to send some JPG shots up to social media? It is nice that they have the built in GPS function too now. Nikon has been late to the game for both the Wi-fi and the GPS. I think that the GPS function might be the bigger of these two.

The ability to shoot 60 frames per second is huge for those that are getting into video. This lets a person shoot clips to use for slow motion in post production. I don't see a lot of people using this. But it will be handy for some. The big negative here still is the inability to change aperture while in live view from what I have read. This is a huge issue that Nikon needs to fix. Although some photographers poo poo video on a DSLR, video is a huge feature that is attracting a lot of people. For Nikon to hold on to customers and gain new ones they need to get the video stuff right on the camera!

The 5300 would seem to take the money of some thinking about getting the 7100? Not that much different.

Yes, Russ, I agree. I wonder if this one has the metal chassis like the 7100 though?