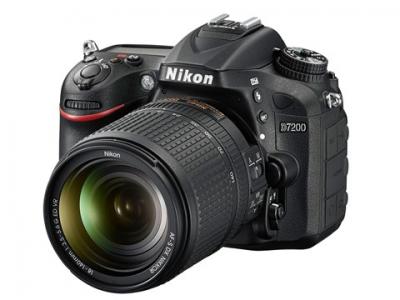 Built-in Wi-Fi and NFC is the key new addition to the D7200. In other areas, the D7200 makes incremental improvements over its predecessor:From a physical standpoint, the D7200 is nearly identical to the D7100. It is weather sealed, weighs in at just 675 grams, and boast a high-resolution 3.2" LCD. The full specifications are available in our camera database.

Jan 14 2015 12:55 PM | Adam in Nikon News
Nikon USA has recently issue a service bulletin that acknowledges an unusual flare issue in the D750. If you've been affected by this problem, you can send the camera in for service and Nikon will repair it free of charge.

Details can be found in the official statement below:You can contact Nikon to request service via this page, or give them a call at 1-800-645-6687.
Read story →

Jan 06 2015 05:00 PM | Adam in Nikon News
Nikon announced three new products at this year's Consumer Electronics show, and there's a little something for everyone- unless you were expecting point and shoots! The new DSLR and lenses are all compelling, and it's evident that Nikon is aggressively pursuing passionate photographers in a rapidly-changing market.

First up is a new upper entry-level DSLR, the D5500 (full specs here). This camera replaces the D5300 and combines advanced features with a beginner-friendly interface. At its heart is a 24-megapixel CMOS sensor and a 39-mount autofocus system. More importantly, this camera has both built-in Wi-Fi and a touchscreen: a first for Nikon. Including a touchscreen was a great move, as such features are slowly becoming the norm for younger generations of users. Next up we have a new telephoto kit lens: the AF-S DX NIKKOR 55-200mm F4-5.6G ED VR II (full specs). This is a redesigned collapsible version of the previous 55-200mm lens. It's 10% lighter and about 2 centimeters shorter when collapsed.

We'll undoubtedly see it bundled in entry-level DSLR kits, but for now, it is only available for purchase separately for $349. Finally, and most interestingly, we have a new pro telephoto lens: the AF-S NIKKOR 300mm F4E PF ED VR (full specs). This lens has just about every feature suffix you can think of: A/M, E, ED, IF, M/A, N, PF, SWM, SIC, and VR.

But one of those suffixes is new: PF. This new 300mm lens is the first Nikon lens to ever feature a Phase Fresnel element, a special type of optical element that further helps reduce aberrations. It also enables a super-compact design, as the new 300mm weighs in at only 755 grams: the lightest such lens in the industry. To put things in perspective, this is about 100 grams less that the weight of the 70-200mm F4G Nikkor, and half the weight of the old 300mm F4D lens, which is 50% longer. Heck, it's even lighter than the Pentax DA* 300mm F4 lens, which was not an easy task.

Half the weight comes at twice the price, though, as you'll have to shed $1999 to order this lens. This certainly isn't unreasonable for an innovative high-performance lens, but it doesn't change the fact that it's now up there with other premium lenses. Sep 12 2014 01:00 AM | Adam in Nikon News
Nikon has just unveiled the D750, an advanced 24-megapixel FX-format DSLR positioned between the D610 and D810. We see it as a true D700 successor, as it has a more manageable sensor resolution than the D810 without most of the cost-reducing sacrifices from the D610. It also introduces a host of new features, such as a tilting screen, autofocus sensitivity to -3EV, and built-in wireless connectivity (all firsts in a Nikon FX DSLR). At the same time, it incorporates the EXPEED 4 processor, 51-point autofocus, and 91k-pixel metering system from the D4s flagship. 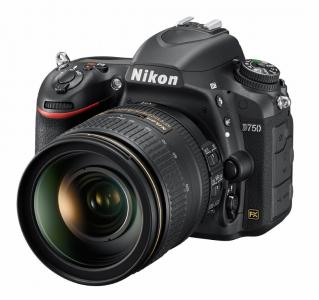 While the D810 features the same 36.3-megapixel sensor resolution as the D800, it has received a host of improvements in many key areas, including still imaging, performance, video, and autofocus. Like the D800E, the D810's sensor does not include an low-pass filter. Also, the D810 has received the new EXPEED 4 image processing, which is 30% faster than the EXPEED 3 chip found in the D800/D800E. Thanks to this, the D810 is receiving many of the same enhancements that were rolled out in the D4s earlier this year, and then some! Read on for a detailed breakdown on what's new in the Nikon D810.
Read story →