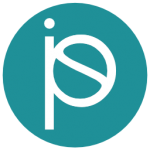 With respect to the above single pin PC Synch adaptors, does the camera see it as a mounted flash?

I have a camera with a rather stupidly designed algorithm that disables bracketing when it recognizes a flash (or trigger) has been mounted. I am hoping this might be a way to get a flash triggered without the camera knowing one is there.

The built in synch port on a similar camera works in this regard, but have my doubts about the camera not detecting whatever load these adaptors impart as a mounted flash.

So I am perusing the additions in the new 1.7 version and came across the "Stock" tab. Three services are there for free stock photos. For the sake of this discussion I'll focus on one of them... Unsplash.

The following is a quote from their license page:

"More precisely, Unsplash grants you an irrevocable, nonexclusive, worldwide copyright license to download, copy, modify, distribute, perform, and use photos from Unsplash for free, including for commercial purposes, without permission from or attributing the photographer or Unsplash."

I don't even need to join... the images are just "there"! High quality, high resolution, searchable... over 800,000 of them! This is just crazy. And their website is well designed to boot. How do they generate revenue?

For the last 15 or so years I have used Photographic Solutions' sensor swabs with their Eclipse solution. No complaints, but it is time to reorder and I find them a little pricey now-a-days, and read several comments online that the "new and improved" models use a ribbed material that seems to promote streaking.

So I thought I'd ask what are you guys using?

Getting them "Tack Sharp"

TL;DR: Use Live View on your DSLRs for tack sharp still lifes.
So coming back to my Nikon gear after around six months with the Lumix G9 (IMHO... the fastest, most accurate auto focusing camera for still subjects to date**), my first results were disappointing at best.
I was taking some stills of my house and some landscaping work being done and was disappointed in the soft images. These images were focused on the rather neutral gray siding of my home, or on foliage of cedar trees around the property. Something the G9 would have handled in stride, but a D7200 struggled with.
After quite a bit of experimentation, I discovered all the soft shots taken with the Nikon could have been sharp had I used Live View's contrast detection auto focus (the same method the G9 uses). Using the viewfinder and the Phase Detect method used with it can be hit or miss, depending on the contrast and lighting presented in the target. This is undoubtedly why I felt I saw so much more "pop" when I first started using the Panasonic mirrorless system. I thought first it must have been the lenses or sensor, but eventually discovered it was simply focus accuracy. I now fully understand why Panasonic wants to continue to develop their DFD CDAF focus technology over Phase Detection, even in the light of it's weaknesses (speed when tracking, hunting in video).
So after almost 4 days of testing, I can say that if light is good, and the focus point in the viewfinder is on high contrast areas (like engraving on metal), you can obtain the same level of accuracy as LiveView's contrast detection. But if not, you may get close, but you will have considerably more variation from shot to shot.
**Now I'll be the first to admit that PDAF can be faster at acquiring focus in a variety of situations due to it's instant computation of the focal point and focusing the lens on it in one step, especially in video where the back and forth of CDAF (even with Panasonic's DFD tech) is especially visually disconcerting... it is not as accurate. It can seem so with things like BIF and other fast moving objects, but that is a matter of timing, not absolute accuracy. PDAF is guesswork to a large degree, and CDAF is confirmation.
One last thing is that there is of course fine focus tuning available in-camera for the off sensor PDAF array with various lenses/focal lengths. I tested a number of lenses and can say that while that may have narrowed the margin I observed between PDAF and CDAF, it did not account for the variability of focus accuracy from shot to shot under PDAF.
So if you're doing macro, product, even portrait photography... try firing up that back screen and autofocusing with it. I'd be interested in hearing about your results.

If you shoot raw (or avoid it because it takes too long to cull your photos), you owe it to yourself to check out FastRawViewer.

This is an incredibly well thought out tool that makes picking your keepers and moving them to your storage faster and easier than any other tool out there (IMHO).