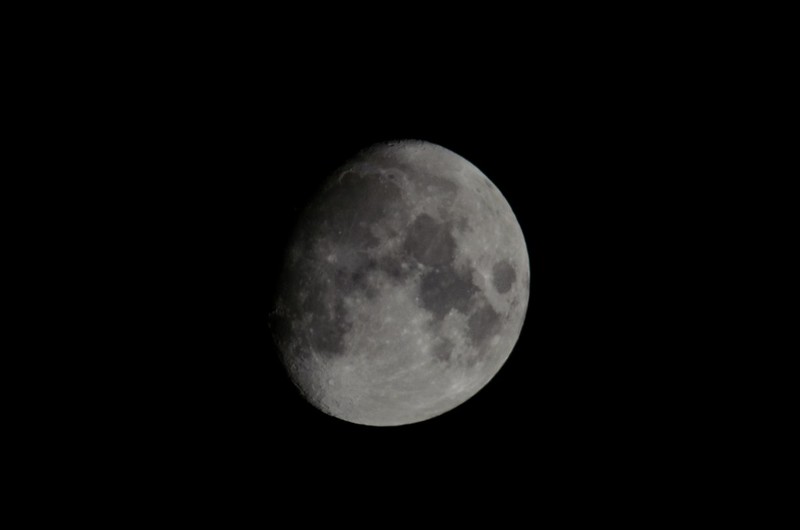 I've found a simple technique for separating filters that are stuck together, or remove them from a lens, which works a lot better than the round grip things that are sold for the job. You need some extra filters of the size you're trying to separate, and some strong tape - I found that carpet tape works very well, and peels off easily once you're done. The basis for this is that it's very hard to grip a single filter tightly enough to shift it, but if you can extend the part you can grip it becomes a lot easier.

Screw a couple of filters into the front of the filter you want to remove, but DON'T tighten them fully. Do the same at the back if you're trying to separate loose filters - that isn't possible if you're removing filters from a lens, of course.

Get a strip of strong tape which is at least as long as the circumference of the filters, and wrap it round the filter mounts, so that the tape is sticking strongly to all of the mounts but NOT the filter glass, making sure NOT to overlap the parts you're trying to separate. Repeat at the back if you're separating filters that aren't attached to a lens. Once you've done this you should be able to grip the stack of filters and turn it with enough force to overcome the friction that's causing the problem.

I managed to take apart a stack of twenty or so 49mm filters that way, all stuck together in twos and threes, having wasted way too much time trying to separate them with the plastic filter grippy things. Hope that this is useful to someone.

#79324 Another Flypast - The Queen's Platinum Jubilee

I see the WW2 commemorative flight more often than the other aircraft in this flypast because they usually do a flypast on the Queen's birthday and need to get the slower aircraft out of the way fast after they've flown over Buckingham Palace - they curve off north on a route that goes more or less over my house, which is 4km WNW of the palace, so if I remember it's going to happen I try to get out onto the roof and take some pictures. Unfortunately the other aircraft fly much further south from my point of view, and they're rarely visible because the view is blocked other buildings, trees, etc.

This is one I took with my old D90 in 2018 which I'm pretty sure was from the roof - not 100% sure because I somehow managed not to include any buildings or trees that would confirm the location, which isn't easy given they're only visible for about 20-30 seconds. 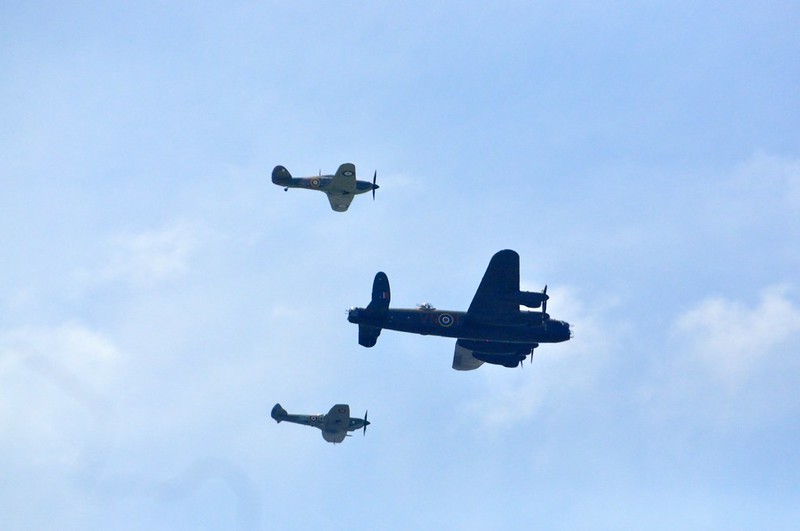 #79073 Another Flypast - The Queen's Platinum Jubilee 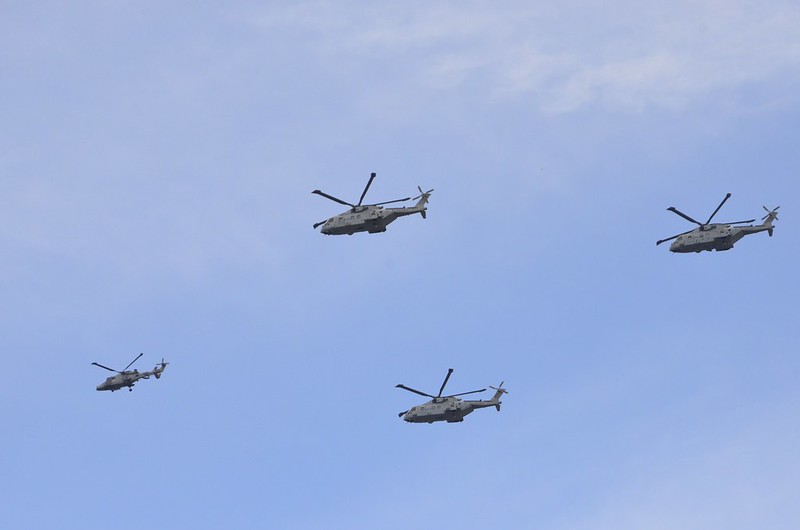 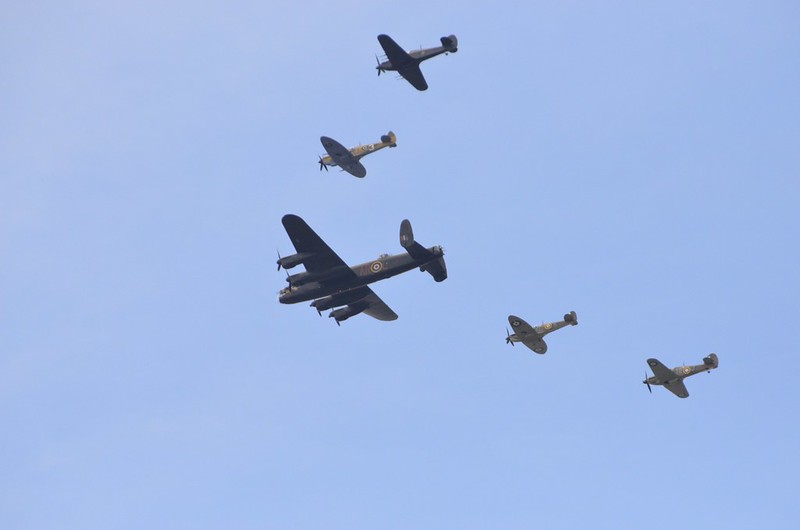 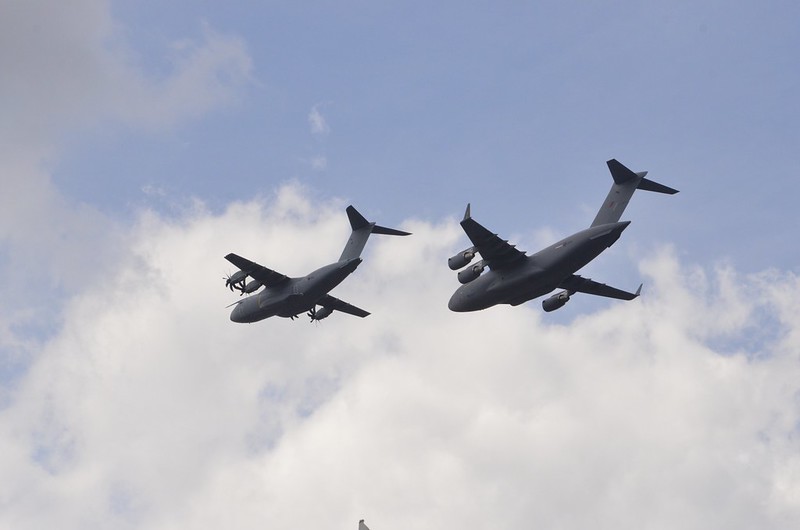 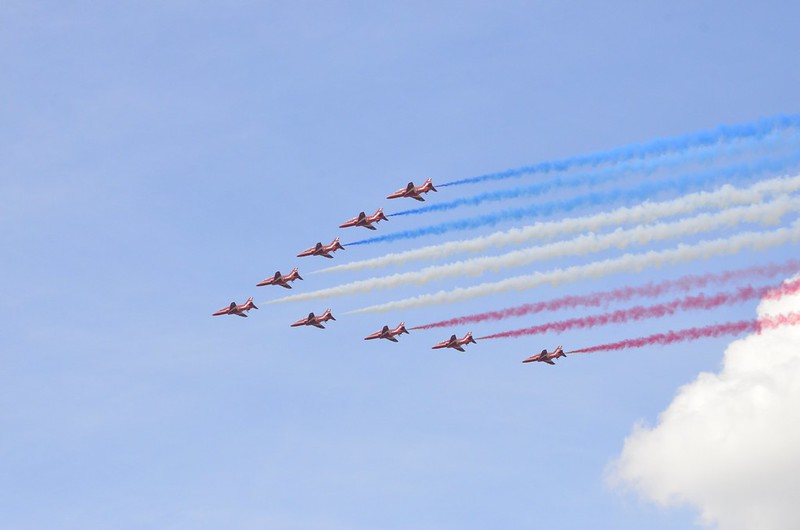 Print the two pages back to back with short edge collation for best results.

The original illustration is here

Merry Whatever and a Happier New Year!


#75699 Curious to know if anyone has had issues from lasers

It's fairly unlikely - unless the ruler has a mirror-smooth surface the reflected light will no longer be coherent, so the main problem will be prolonged exposure to a bright pinpoint light, with a lot less energy than sunlight etc.

One thing that may help is using a polarizer - laser light is always polarized, so you may be able to get rid of most of the light that's still coherent and just see the scattered light which is a lot less damaging. A ruler that has a matt white surface might also help.

Had the AZ shots in February and May, and a booster shot on Thursday. The AZ shots were relatively painless, the booster was Pfeizer and had me feeling a bit sick for most of the weekend. Apparently the reason for that is that it makes antibodies a lot faster than the other injections, which is good from the point of view of protection, not so good from the point of view of feeling like crap for a while.

Wonderful - a few days of nice weather then we get stuffed when the eclipse comes along...

London got glimpses of this through fairly heavy clouds - I managed to take a few pictures from a little before noon onward, using my D7000 and 100-500mm Vivitar zoom with a piece of reflective mylar to filter out enough light to keep things safe-ish.

Here's the first one, reduced in size a bit, to give you an idea of what they're mostly like. 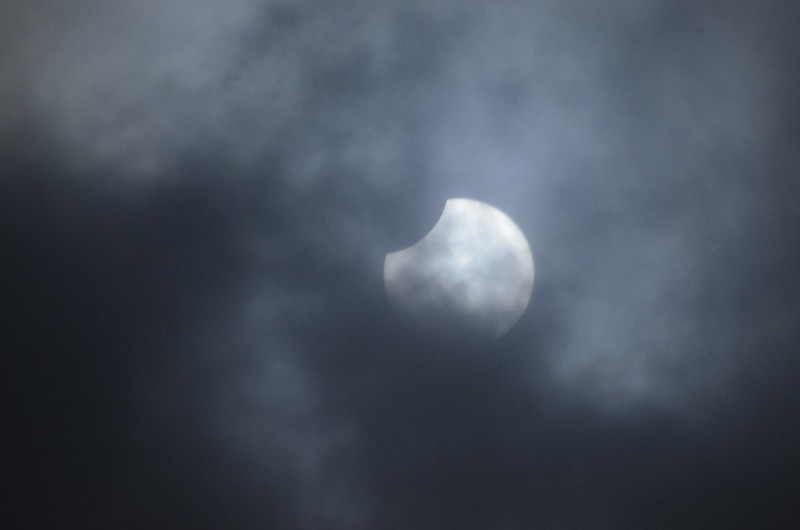 For my birthday I treated myself to a basic thermal imaging camera, the FLIR One, a little module which plugs into an iPhone. It takes a lowish-resolution thermal image (60x80) and superimposes the colour onto a 480x600 visible light image. It finally turned up earlier this week and I've been amusing myself with some fairly simple photography. A couple of examples: 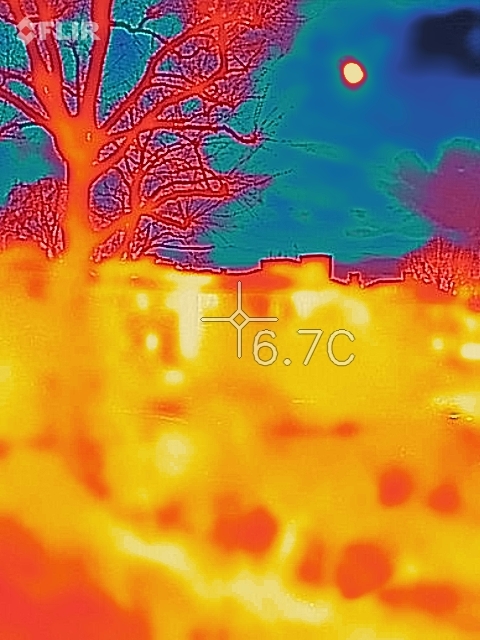 Heat plume above a candle flame 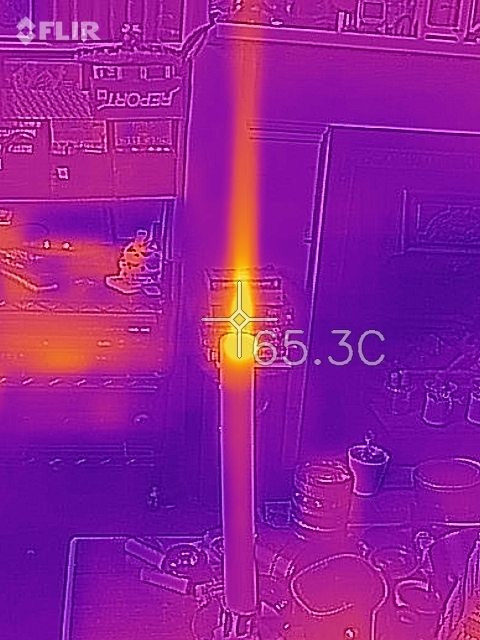 Plant on a window sill with cold glass 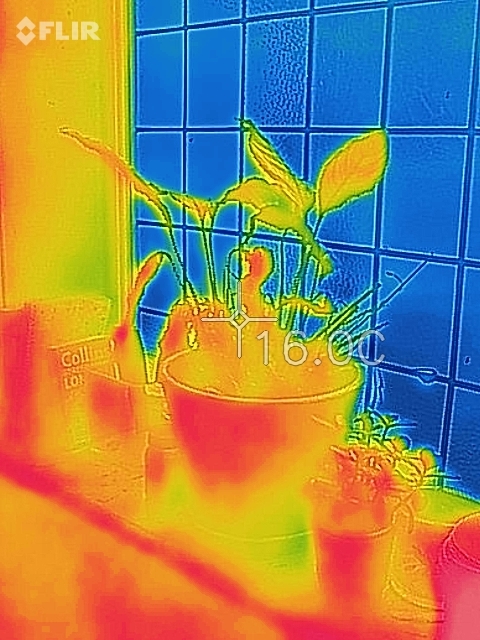 I'm still learning its capabilities, eventually I want to try stitching images etc. At the moment I don't think I'll eventually be going for higher resolution gear, but it's interested me enough that I'll be keeping it. An album here, I will probably be adding more in due course:

Anyone else using this technology?

Nice resting dragonfly, not quite as clear as I'd like because I was testing a lens that has slight fungus 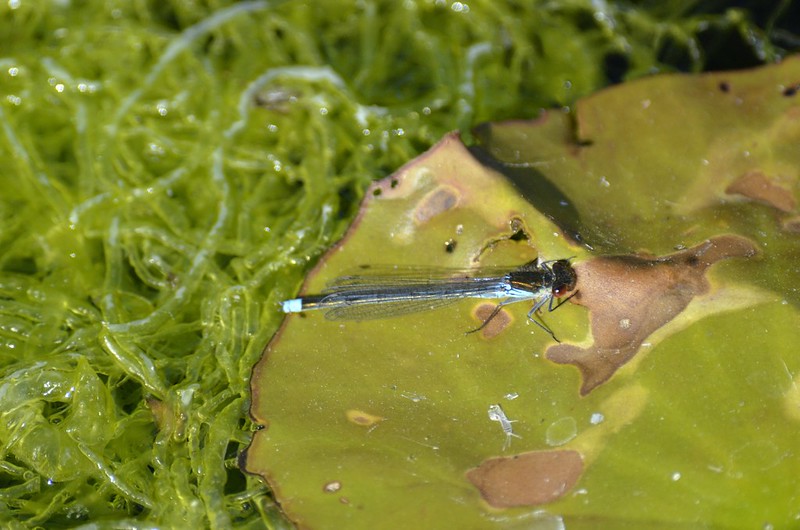 Later - reliably informed this is a damselfly, not a dragonfly. Thought it looked a bit small. My bad.

Nice! The Helios can be a lovely lens - some test pictures I took with one on a Canon body here:

I've been playing with some seriously silly photographic kit recently, stuff that starts with the idea of wide angle and takes it up to 11 or more.

The first is a Cinemascope projector conversion lens mounted as a wide angle converter on an SLR. This works, except that you need a slightly long lens to start with - I ended up using a Helios 44-4 58mm Russian lens, anything shorter had cropped corners in the final image, and something even longer might have been better. I used a Canon Eos 400D because I don't have a good prime lens for Nikon in that focal length and the Helios would have needed a converter with a corrective lens; also because my Nikon weighs a lot more and is a lot more valuable, and I didn't want to risk hanging it onto an assembly of stepping rings etc... Unfortunately it's a bit of a pig to work with - you really need a tripod, the converter weighs more than a kilo, and with the camera, the lens, etc. you end up carrying about 5kg of kit. It's also very slow because for each shot you need to adjust the camera lens and the converter, and with this lens I had to bracket speed (because the lens has no connection to the camera's metering system), you have to keep everything dead level or there's distortion, etc. etc. I took 9 photos in the time it usually takes me for 50 or more when I'm testing something more conventional. Here's one:

The other one is fairly low-tech; a Lomography Spinner 360º 35mm camera, which takes incredibly wide negatives on 35mm film - the whole camera whizzes round with the film pulled past the lens as it goes. You get 8-9 photos on a 36-exposure roll, and if you aren't doing your own processing it soon gets seriously expensive. And Snappy Snaps etc. really don't want to have anything to do with scanning or printing them! Ideally you're supposed to include the sprockets in pictures since they're exposed, but in practice (after messing around with my flatbed scanner and getting nowhere, it's just way too low resolution) I ended up having to convert the images in my crappy slide scanner, which really didn't want to know about anything larger than a 35mm frame, then assemble the images using stitching software. It's a bit of a pain, especially if you haven't worked with film in umpteen years and are a bit cack-handed... Some interesting results, but there was a reason I switched to digital and this really hasn't changed my mind! This is actually more or less the same scene as the first, if you look carefully:

I'm probably not going to be keeping this kit but it was fun to play with.

Apologies if you see this more than once, I've posted something similar to the Pentax forums and will also be posting to the Canon forums.

Well, I got this from Erick a week or so ago and it's proving very useful, though I've only tested a couple of cameras so far. The choice of sensors is good, and ease of use is much better than the smartphone software - once you've set the camera up you just keep firing the shutter and reading or saving the results. So far I've tested a Praktica body that was a little slow on most of its shutter range (but for some reason dead right on 1/30th and 1/60th) and a Voigtlander Brilliant TLR that is fast on most of its shutter range, though only about 15% or so. The one thing that annoys me slightly is that the buttons on the control box are really small and fiddly, and the labels are small and difficult to read in dim light. It's not a huge problem, but my eyesight is far from perfect and it could be better.

I really recommend this if you're testing a lot of cameras - much better than running test films etc.!