This was a tough one for me to consider.  I originally thought that the image was mighty 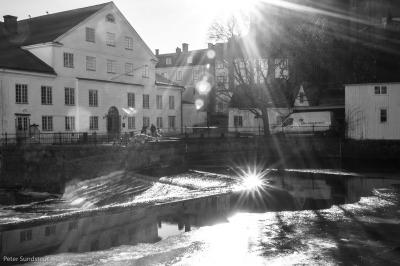 dark and the sun-flares and glare made the dark image even harder to see.  My eyes are not the best.  So, here's what I did:

Raised the highlights and whites

This is a moment captured between my daughter and my granddaughter with the Nikon D750/24-70 f2.8 lens combo.  Just love the emotion I captured, especially with the rain on the window. 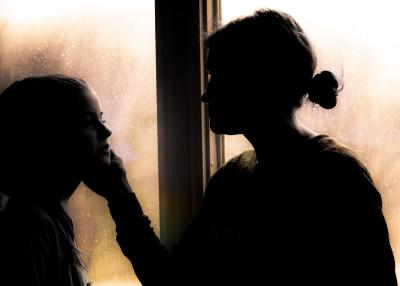 Thanks for this thread Tony.  Here's my take on a swirl, although, it is probably considered more of a spiral.  The original photo was taken at the Missouri Botanical Garden's 'Garden Glow' in St. Louis.  I perfected the swirl effect using the standard Photoshop distortion filter.  I painted over the clutter at the bottom of the photo to give the look I wanted. 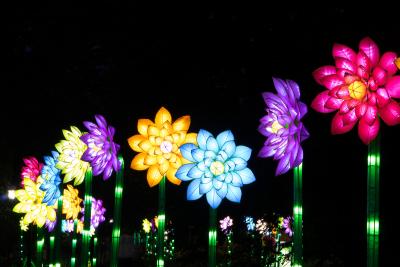 Because I had the luxury of seeing posts made by other participants, I decided to find a middle of the road between B&W and crisp saturation.  So I went for a muted look by converting the photo to 'mostly' B&W by sliding the Vibrance slider in the Basic panel of the Lightroom Develop module all the way to the left..this left the photo with just a few of the original colors and muted those that were left behind.  I then added a gradient filter to darken the sky and a radial filter on the left to highlight the buildings on that side. 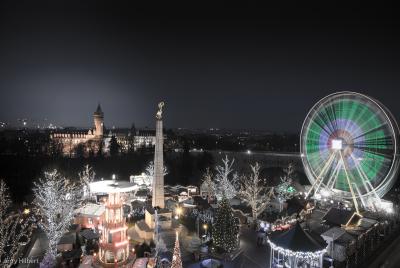 Would like to say "Thank You" to both Merco_61 and Adam for helping me join-in this challenge...I'm new to the website and am still getting used to the process.  If i've done anything against the rules or out of place, PLEASE, SOMEBODY let me know.  So, Malice, I love your photo just as it is.  Here's my take..., I did a slight crop off the left because to my eye, some of the objects on that side were a little distracting.  I then bumped up the colors using the HSL sliders in the Lightroom Develop module.  I turned up the luminance on virtually every color slider except purple...don't know why, but the purple took out some other colors that were more attractive than the purple.  Anyway, fun picture, thanks for sharing!  Looking forward to seeing other ideas.

These woodpeckers have been driving me crazy because they seem to always roost on the 'opposite' side of the suet cage, then quickly peek around it like they're teasing me.  Anyway, I used a Nikon D750 with Nikkor 28-300 lens attached.  The closest I could setup my gear was about 25-30' away, so I had to really crop in on the photo to get this close-up.

We recently travelled to Hawaii.  Here are some shots I got with the Nikkor 14-24mm lens.  I have to warn you that it's a very pricey lens, not to mention HEAVY!  I think I got some great shots with it.  I also took the Nikkor 24-70mm and it was on my D750 90% of the time we were in Hawaii....equally as fantastic photos and more versatile in the long run than the 14-24.

Thanks for letting me know dcbear78.  I have edited the album to 'Public', so let me know if you can see it when you get a chance.

One more thought.  I only used the 14-24 a couple of times, but WOW, what great shots with it....you can probably guess which ones

We have returned from our trip to Hawaii and I wanted to update all of you who were so nice to help me with what lenses to take on the trip.  I ended up with a fairly heavy bag:

Also took my little Olympus SH-50 point and shoot.  I was lucky my spouse was so sweet and carried this bag all over the islands for me.  I think the lenses worked out well, but I think you were correct with your recommendation on the 24-120mm lens....it would have saved me a little weight, however, I don't think I would have gotten the great shots of the volcano caldera without the 300mm.

I've posted some of my photos, here's a couple of links, hope they work:

Just purchased my first full-frame (d750) and headed to Hawaii.  I don't think I can go to Hawaii with anything less..I know it's heavy, but still.  Anyway, I've also ordered the Nikkor 14-24mm.  Will I be sad if this is the only lens I take with me?  Trying to save on weight and size.