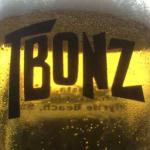 I think there is some of that...I shot lots of Tri-X for the paper and I still like the feel of it.  I usually have in mind while shooting if I want to take an image towards monochrome but I have always preferred crisp, contrasty shots - probably because of the Tri-X.

#78816 Lenses for Football and Baseball/Softball

I have a couple of pro sports friends.  One has the Tamron 24-70 and 70-200.  They also have the Tamron Sport zoom that goes to 600 (don't remember the range and no time to look it up right now).  They seem quite happy with the lenses.  My other friend has the 400 2.8 and the Nikon versions of the zooms.  I did not find the Tamron as quick focusing as the Nikon versions.  YMMV.

If you are shooting HS sports, you probably are going to have to worry about light since most high school fields don't have great lighting.  Are you able to get on the field?  I found the 400 2.8 to be great for field sports such as soccer, lacrosse, rugby and football but a bit limiting for baseball unless you are cropping close.  In my opinion the 300 is better for that but does not get you close enough for the outfield or some of the field shots.  I knew the fields I was shooting on and found that, for me, the 200-400 was the way to go.  The f4 is what you are using now with the 300 so that might be something to consider.  I was shooting D4 bodies at the time and usually used the 24-70 on one and the 200-400 on the other.  Softball I usually used the 70-200 due to the reduced field size and my location but occasionally used the 200-400 from the outfield for some different shots.

It is not an easy field to break into.  Good luck!!  I have been lucky enough to shoot HS, college and pro games including football and baseball.  I documented my baseball shooting here:

My journey pretty much stopped due to job requirements, age and a knee that has become less than interested in photography.  I still get out and shoot some photos - including sports - once in awhile for fun but not nearly as much as I used to.  I would move between fields at the same location and shoot part of sometimes up to 4 games in an evening.

Haven't been on in awhile...Sorry for your loss Peter...

If I am not actively shooting, I would move them to your computer for viewing.

I have not and I have a D500 with the Nikon grip.  Do you have a battery in the body as well as the grip?

As far as I know, at least in the US, Z9's have not reached the consumer market.  There is a big demand at the NPS level so until that is covered, consumers probably won't have a chance to get them.

I like it...I don't shoot very often any longer, too many other things getting in the way or me just being lazy, but I will try to get something in once or twice...

I remember folks saying the D5 was the last of its line.  Eventually there will be a last of the line but is it the D6 or something that follows it.  Some of the sports photogs that I know are planning on jumping to mirrorless with the Z9 but some aren't...a friend said that he will be lucky to get his Z9 during 2022 - and that is coming through NPS.  I know he still has DSLR bodies including the D850.  I think we may still see a D7 but I don't think that is a guarantee if the Z9 lives up to the hype...

Jerry is correct.  The D90 was the high end of the DX line when it came out.  The D7200 and D7599 that Jerry mentions basically are newer versions with similar capabilities.  The D500 is basically the top of the DX line now but you probably don't need or want that right now.  If it were up to me, I would use the D90 and pick up one or more lenses to go with it.  After the trip you will have more time to consider options and timing for replacing the body.  A 70-300 would be a nice option to purchase since you already have the wider end covered.  Both B&H and KEH sell quality used equipment.  B&H also sells new in box equipment.

I agree with Jerry...I have never seen or heard of an adapter that goes in that direction and I doubt it would be worth making based on the crop factor.  It is a nice lens if you have a Nikon 1 however...

In Program mode the camera makes those decisions for you.  In Aperture Priority, Shutter Priority and Manual, those settings are under your control.  In Shutter Priority, you select a shutter speed and the camera adjusts the aperture based on the light meter.  In Aperture Priority, you select the aperture and the camera adjusts the shutter speed based on the light meter.  Note that you will want to check the settings the camera selects and perhaps adjust to get the settings you need.  The ISO is the third side of the triangle and helps determine the exposure settings as well.  The higher the ISO, the more sensitive the sensor is to light, but the higher ISOs can add grain to an image.

Be sure to keep your shutter speed high enough to avoid camera shake.  Generally that means a shutter speed faster than the size of the zoom lens or prime lens - 1/60 for an 18-55  or 1/300 as minimum examples.  Some folks can hold the camera steady at slower speeds but that is a general reference point until you have the chance to test.  I used to be able to hold much steadier than I can now being older.  A tripod or monopod for a longer lens or slower exposure can help quite a bit for those situations...

Since you said it happened in a burst of shots, it is quite possible that you filled up the camera's buffer.  That would certainly be true if there were several shots in your burst.  Several could vary depending on the speed of the card you are writing to.

The P1000 is about $1000, so double the price you mentioned, but for the Point and Shoot cameras I believe it has the most reach.  There are other versions of both series which might suit you if you compare the features you want vs. the price.  The nikonusa.com site has the specs for all of their Point and shoot cameras at the link above along with information on all of their mirrorless and DSLR bodies and lenses.

At one point a few years ago (probably 10 years now...) I did some comparisons.  At that time the Windows systems with the same hardware specs (CPU, Memory and Storage) were basically the same price as a Mac.  The difference is you can buy Windows boxes with lesser hardware at a lower price.

I expect you will need to be an Admin to install any of the apps on a Windows system however I expect it was just giving you the "warning" that you were going to run an application that had been downloaded from the Internet and it could cause problems if you don't trust the source..