Picking up where I left off some time ago with our vacation in the Périgord, France.

Starting with a look around in the village Paunat.

#78785 Derilict Buildings In The Woods

wow! looks like they have been abandoned for many decades.

Good choice to process in b&w.

Extra merits for going for b&w with a colourful subject - at least I imagine the instrument and the man are colourful.

At this point it would be quite a job, but I'll bet that thing is gorgeous when stripped down to bare metal. I guess government agencies are the same world over. Only do enough to get by.

Here they would farm it out to the lowest bid contractor,

.    They could maybe sand blast them on site and repaint them, but that would probably be expensive and grumpy old people like me might whack someone with our Shillelagh for the inconvenience, (we can be an angry lot when poked or inconvenienced).

I rate Belgium and England a tie for the most attractive post box's.  The U.S. and Sweden...they're functional.

You know, the phrase "it's complicated" seems to been invented to describe our government system.

We are about 11 million on a surface that's hardly noticeable even on a EU scale but our politicians have found it necessary over the past 40 years or so to saddle us up with more governments than you can count on one hand.

6 to be correct. I've added a link to an official webpage because I never quite remember how many there are

) There's a reason our politicians are sometimes called "the masters of the compromises" by politicians from other countries.

Beneath those 6 governments, there are still the provinces and the cities.

Just to say, I wouldn't know which one is responsible for the maintenance of that mailbox I showed - at this moment in time.

Could also be the postal offices but, last time I heard about it, they are a privately owned company - with the federal government as the majority stockholder, I bet.

Such a company or a governmental department are completely budget driven. Which almost always means that the assigned budget has to be spent by December 31st. No matter what

Spending a budget for a governmental department is indeed not simple. Of course not. Heaven forbid! There are numerous rules about the procedures to be followed but the lowest bid is no longer the deciding factor.

See, they do learn. Sometimes it takes a long time with two steps forward and one step back or vice versa but at least they got the part about the lowest bid figured out.

During the last years, in the epidemic, there were even some - very small - voices suggesting we had too many governments to act efficiently in times of crisis.

Think committees of ministers of health

By the way, our normal mailboxes look really simple and functional, not unlike the ones Peter showed.

but then, animals don't tend to make things as complicated as humans sometimes do.

I can't help but wonder just how many coats of paint that box has on it.

Lots and lots by the look of it

hardly 'contemporary' but most likely kept around for a reminder on how it used to be. 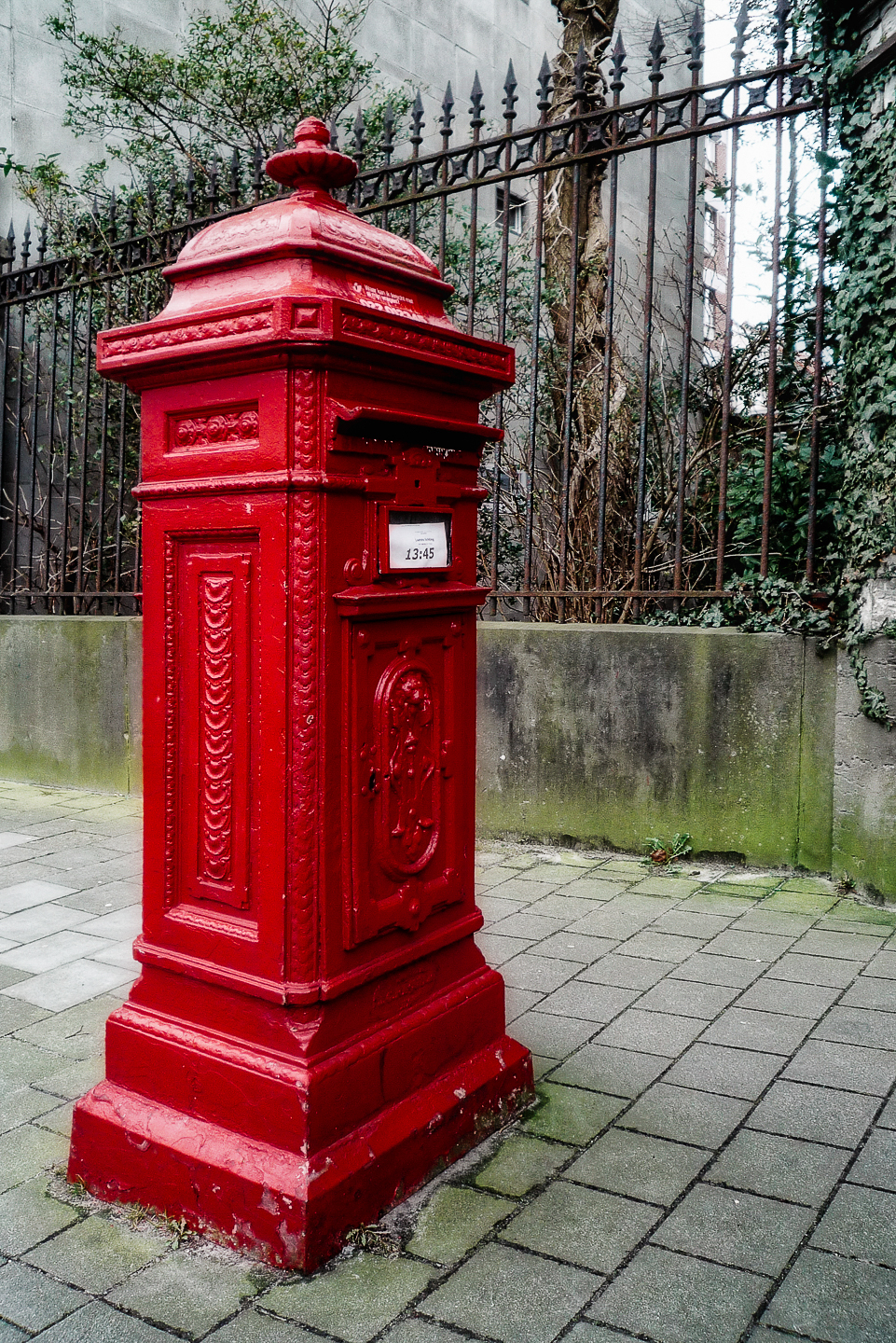 the b&w is indeed of a different level.

I guess colour might win on a sunny autumn day.

For me the fact that the passage is deserted makes the mood.

Always interesting to see how different an image can be experienced

This one reminds me of an old (1968) French song by Jacques Dutronc: "Il est cinq heures, Paris s'éveille"

Probably not known in the English speaking parts of the world

this scene would fit right in

a most poignant set! Definitely appropriate in b&w.

Too bad the lessons of history seldom seem to stick.