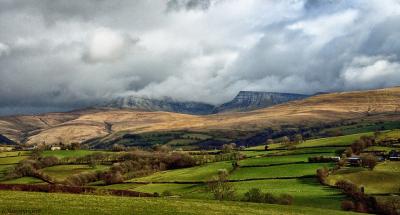 All I can say is good luck everyone.

My pic made it to the final 15

Two completely different shots, but again the gentle mist in the background. Have you done any post work on either of the images?

Hi tony thanks for the reply.

the only post work i done on theses pictures was a little tweeking of the contrast and a bit of sharpening on both.

And another the same morning.

Ive just done mine last week for the 1st time as i had quite a few spots showing up on my pics,

was a bit nervous about doing it myself but went ahead wasent that hard to do,

While out walking today i come across some ;-)

mine was and still is a sony cybershot 4.1 mp camera. thought it was the bees knees. Wish id bought a SLR sooner.

Taken some good pictures with it though.

and my D3200 and some cropping in photoshop.