Show us where you live

11 replies to this topic

Show us all where you live. Your town or city. Your house. Or local landmarks and places of interest. And if you'd like to share some information about them, then that would be appreciated. I am not sure about anyone else but I like seeing and learning about other places. I don't have the funds to visit for myself, so this can be our way of showing others our little section of this world.

Often things we see every day we take for granted. We are desensitised to them. But I am sure others here will be fascinated by some of where we live.

Local can mean whatever you would like. I am sure the definition will be different for everybody. For me I am in this big, vast land of Australia. Anything within about a 100km radius seems local to me. Others here could travel to numerous countries in that same radius.

I like the idea...My neighborhood was basically the subject of my version of the 36 on 35...

I like the idea...My neighborhood was basically the subject of my version of the 36 on 35...

I guessing here is a thread to keep all those things together so they don't get lost on those older threads. New people will be able to scroll through and get to see a bit of our homes.

I forgot I was going to kick this off....

I live in Gladstone, Queensland, Australia. The city is located almost on the Tropic of Capricorn so the weather here is quite warm. It would be very comparable to Miami, Florida. The main feature of Gladstone is it has one of the biggest natural harbours in Australia. Bigger and deeper than Sydney harbour. Because of this and our proximity to a number of natural resources it is also the country's second busiest export harbour. Coal, Alumina, Aluminium and soon to be LNG are the major export products. It is very much an industrial town, but also due to the location and climate it has a reasonable lifestyle balance. We are located on the southern end of the Great Barrier Reef and due to this and the higher average income Gladstone also hase the highest boat ownership per capita of anywhere in Australia.

I don't think anyone would ever call Gladstone "beautiful." It's a nice place to live, mainly due to excellent employment opportunities and having that lifestyle balance. But the city is small, fairly isolated and not well serviced.

To show an example of the diversity these first few shots are all taken from a similar area called Auckland Point. 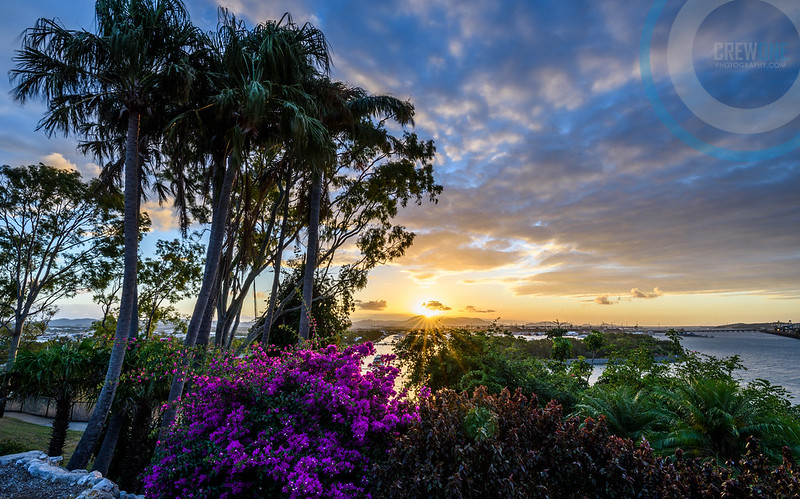 Mt Larcom Sunset by Crew One Photography, on Flickr

Here you can see the mix of marina, parklands and coal terminal in the distance. The port authority maintains all the parklands here and do an excellent job. Much better than what the local council is capable of doing.

Gladstone Marina Sunset by Crew One Photography, on Flickr

Look a bit further left and you will see the states biggest power station (Coal fired of course... We love our coal here

Gladstone Power Station on Dusk by Crew One Photography, on Flickr

Back to the right again and this shows one coal terminal. There is another far in the distance which has just finished construction and another behind the camera which is now being converted to container and oil/petrol wharves. In the far distance you can see the first of the LNG flairs. This is the first of 3 LNG plants being built on Curtis Island on the far side of the harbour.

Curtis Island Gas Flare by Crew One Photography, on Flickr

Looking back to the location the previous photos were taken from. The port authority has constructed a new park at the base of that hill since taking this photo. 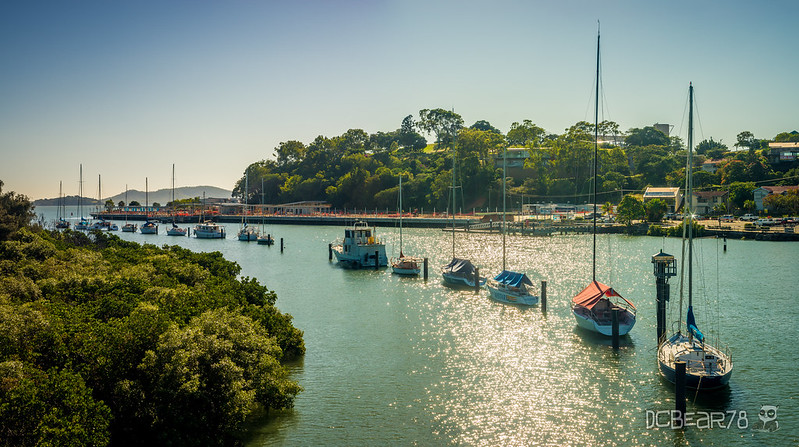 The marina is central to our community. Our annual parade and carnival is the Harbour Festival 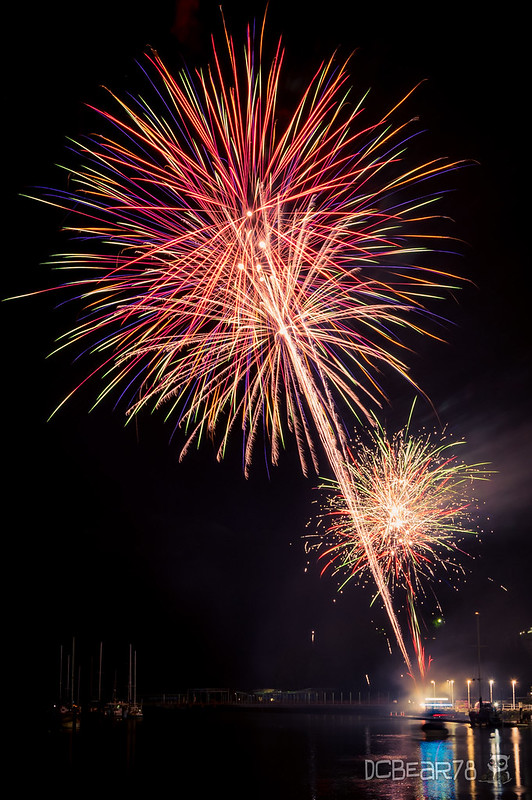 Gladstone Harbour Festival 2015 by Crew One Photography, on Flickr

The old coal terminal and one of the many ferries that cross the harbour taking workers to the LNG construction sites.

Oh, I'm not envious at all, dcBear. [/sarcasm] Seriously though--looks like an amazingly beautiful place to live.

I agree with Nicole!  Looks beautiful!

Quite an impressive place you live in.  I have spent time in Sydney and Cairns thanks to mountainbike racing.  I love you little slice of heaven.

I finished posting my version of the 36 on 35 Project yesterday in my blogs.  All but two of the images were shot within my neighborhood less than a mile from my home.  Over the next few months, I hope to get out and shoot more around the larger area.  We are within 20-30 minutes of downtown Raleigh, North Carolina.  There are three major universities close by (University of North Carolina, North Carolina State University and Wake Forest University) and lots of activities such as the North Carolina State Fair, International Bluegrass Music Association World of Bluegrass concerts, and many other exciting things to photograph coming up this fall.  And, of course, I'm going to try to get out and shoot some high school sports as well!

The shots in my One week... minichallenges are mostly from the center of Uppsala with some from the northern part (called Svartbäcken) of the city. I live in these northern outskirts.

Tbonz, my daughter and her husband, are moving to your state this summer, in the suburb of Denver, north of Charlotte.  They are having a house build there as it is close to an international airport so they can fly to Europe to visit their son, Ethan, who plays for Brugge FC, in BEL.

I have been in the Charlotte area many times for bike races.  Beautiful area you live in.

This is where I live.

Alden, you certainly do not live in the Chicago area.  Quite relaxing and so many photo opportunities.