18 replies to this topic

How about a B&W challenge?  Just one shot a week?  Monochrome Monday starting August 1.

If you shot it in color you may post the color version beside or below the B&W.

You may post your image in B&W, Sepia tone, Brown tone, or Blue tone.

You got it, Peter.  Also lets post the recipe we used in post to process the monochrome image.

How I do it in Affinity Photo.

First I download my RAW file and develop it.  What I want is to work with the best file I can get in color.  Rarely do I compensate with Exposure, but it does happen at times.  I go to Vibrance first, sometimes a small adjustment is made, but most often I use the Saturation slide by itself, which is included with Vibrance.  Having gotten what I want there, I next use the Brightness/Contrast slide to adjust things, brighter or darker, usually tweaking the contrast more or less though.  Usually this gets me where I want, but I never rule out the Shadows/Highlight slide.  When I get the color photo where I want it, it's time to go B&W.  There are many other options I can use, (23 in all) but these are the most often used.

In B&W I have six color adjustments, Red, Yellow, Green, Cyan, Blue, and Magenta.  Most times it takes several adjustments to get where I want to be, I may visit a color and adjust it several times, while others only once is needed. 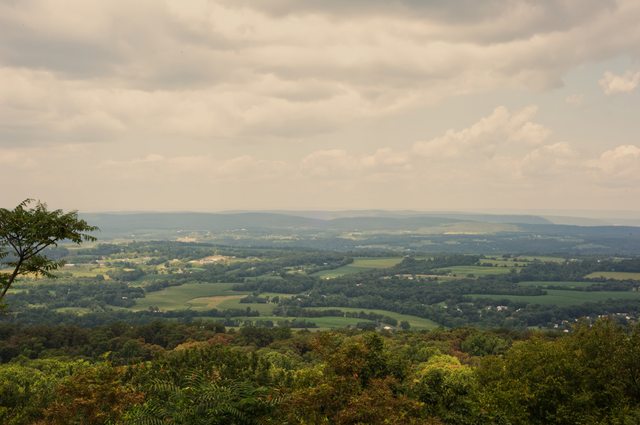 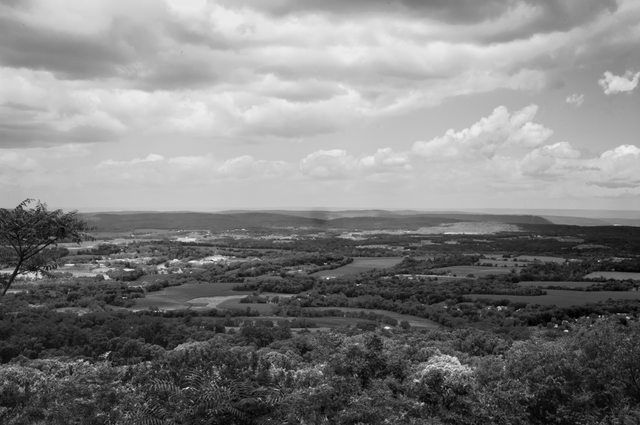 I'm of the opinion that it's better to under expose than to over expose.  A peeve of mine when viewing a B&W image, (mostly older professional shots outdoors) is the lack of sky detail.  Some days are just gray with little to do about it, the sky's a blank, but most days there's some detail there missing in a lot of older B&W shots.  I believe them to have been over exposed washing out any detail in the heavens.

Sounds like a great idea! I would add a recommendation that we post what software and approximate recipe we use for the conversion. We will all be learning more from each other that way. 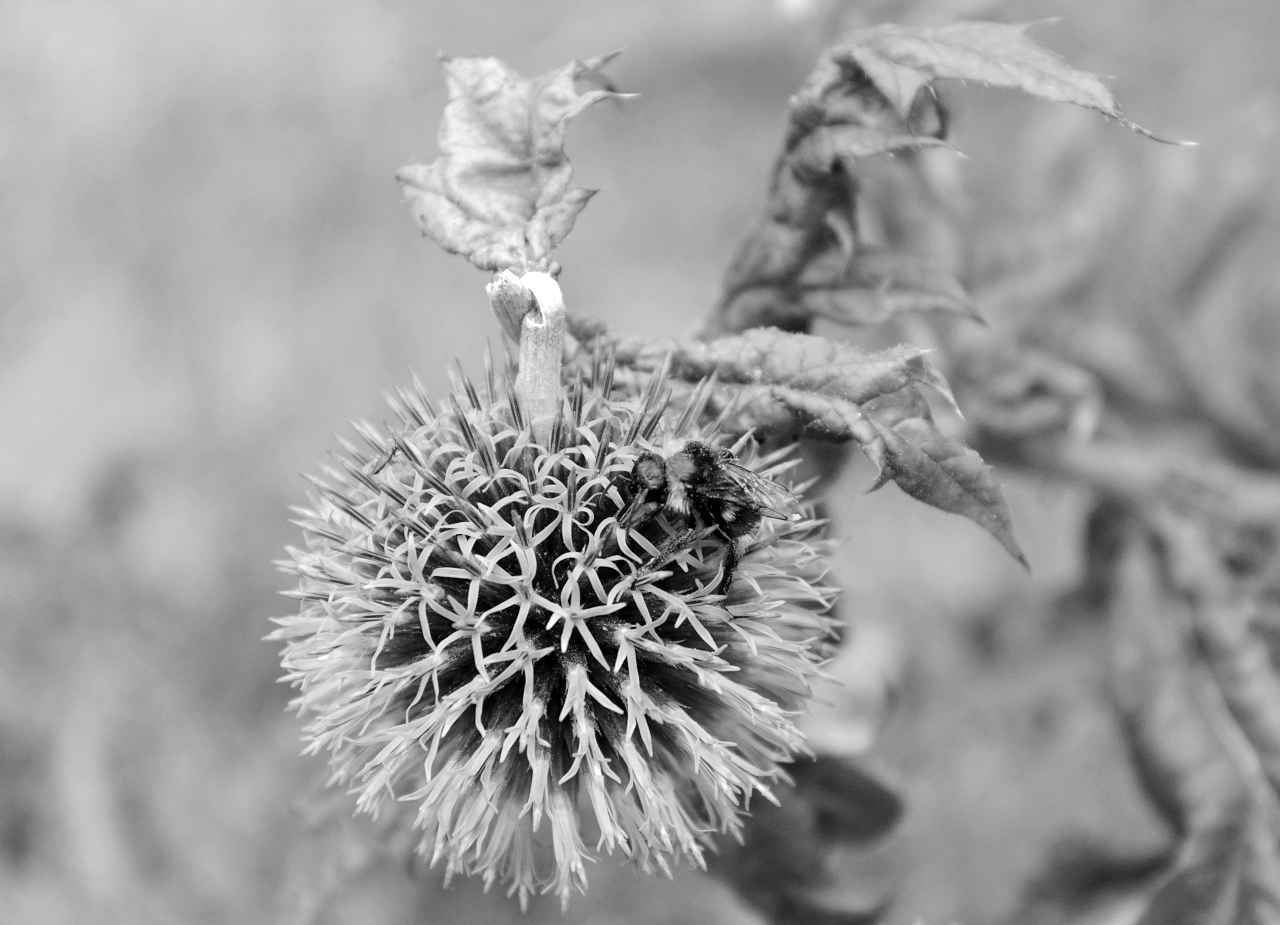 I promise I'll stop now - till next Monday. 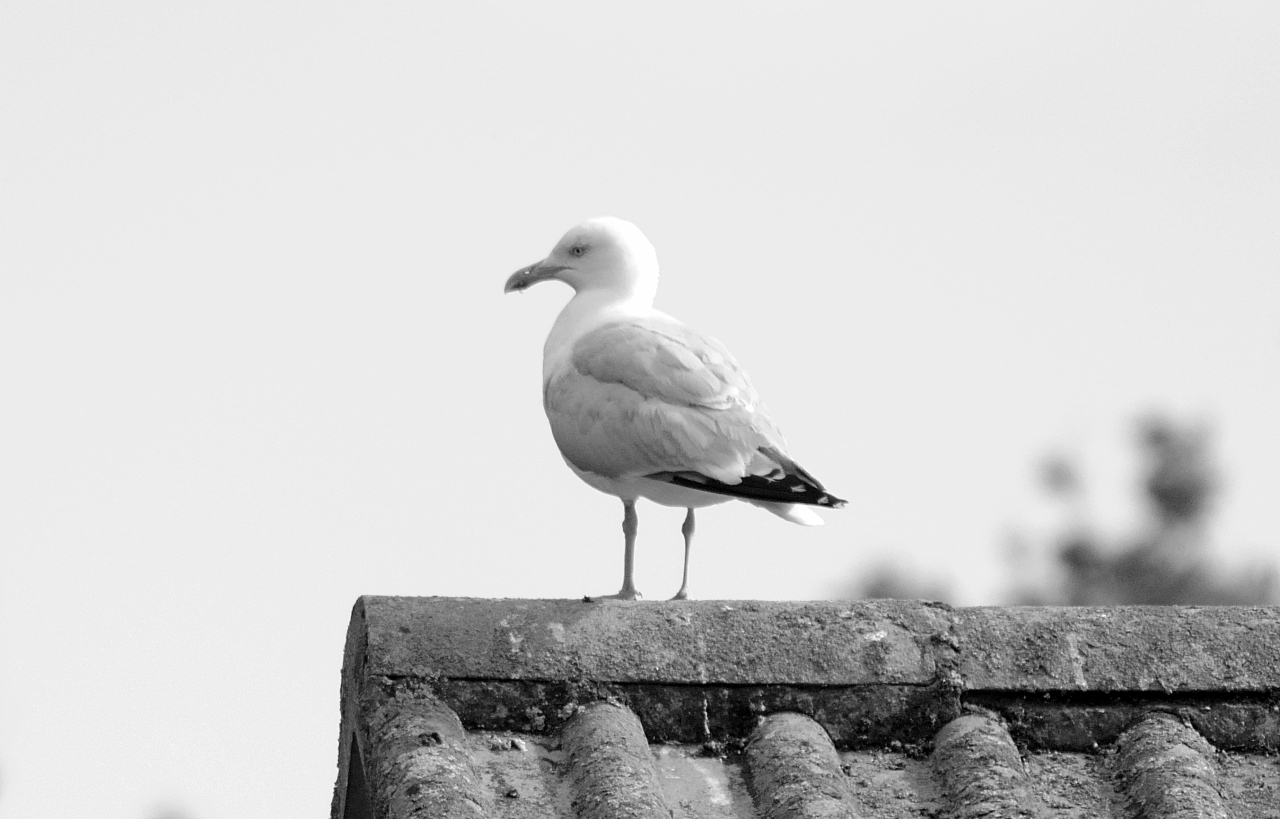 From back garden this afternoon.

I can play too, even if the challenge hasn't started yet 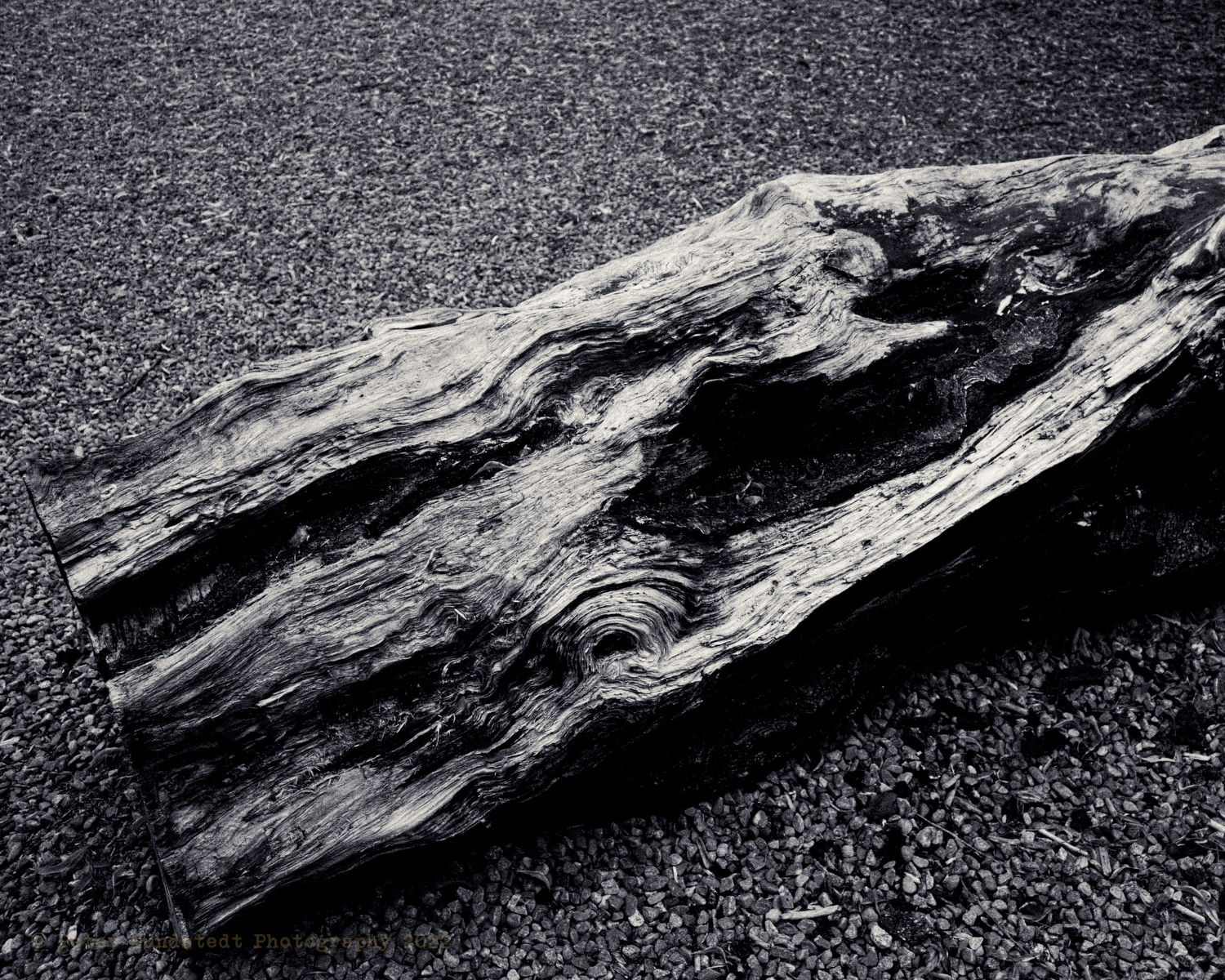 I can play too, even if the challenge hasn't started yet

Ah! I should have read the opening statement properly.

That's okay fellows.  We'll call this practice shots, or call it ''the one''.

Pete, do you really think I would be so cruel as to start a challenge the day it's due?

That's okay fellows.  We'll call this practice shots, or call it ''the one''.

Pete, do you really think I would be so cruel as to start a challenge the day it's due?

I'll admit to panic - rushed out to the garden to 'find' something.

This is all because I don't read posts properly.

… and I happened to have a monochrome day in the Single in July challenge.
Besides which, I think it is good to have some examples on how to post when we want it to be an educational and inspirational challenge.

Pete, when I wrote the part about me being cruel, I meant it as humor.  I was laughing while typing each letter!

Look at my original post here, I'll edit in detail how I get where I want with Affinity Photo.

Pete, when I wrote the part about me being cruel, I meant it as humor.  I was laughing while typing each letter!

Look at my original post here, I'll edit in detail how I get where I want with Affinity Photo.

That's ok. I took it in the manner you intended.

If you haven’t seen it, I have a blog post about using channel mixers to emulate the spectral response of various films. These are mixer tables for Lightroom, I am not sure how Affinity and others work with the values.
Black and white conversions using the channel mixers in Lightroom - NikonForums.com

I have another blog up that deals with my workflow in Silver Efex Pro.

Wondering what I was going to post here new, ah I'll just cut the grass and worry about it later!  I drove the little tractor out of the shed and to the fuel can at the gate.  While fueling I noticed what i thought was a large insect on the side of the oak tree beside the shop.  Upon looking at it, not really an insect, but a locust shell hanging on, (time for them again?  I don't know, I don't pay that much attention to bugs unless killing them).  Well, it might make a good B&W photo! 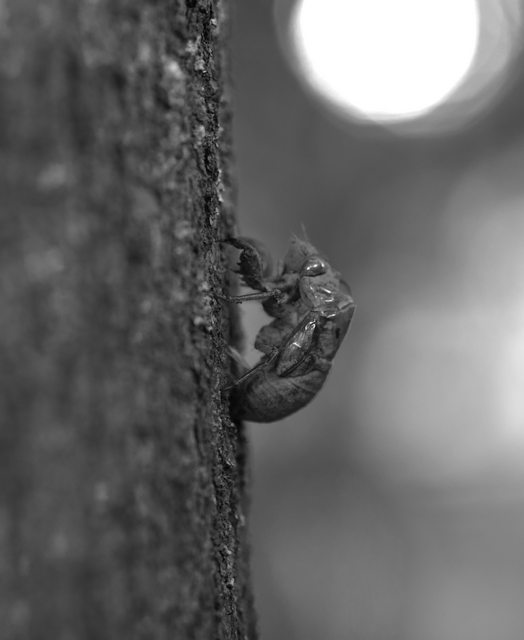 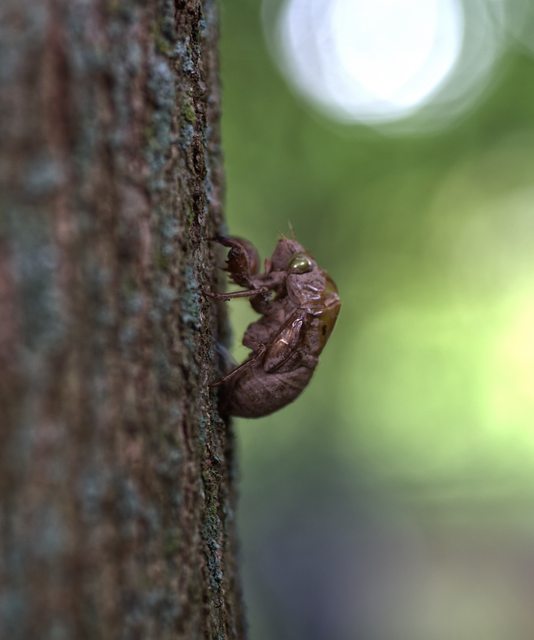 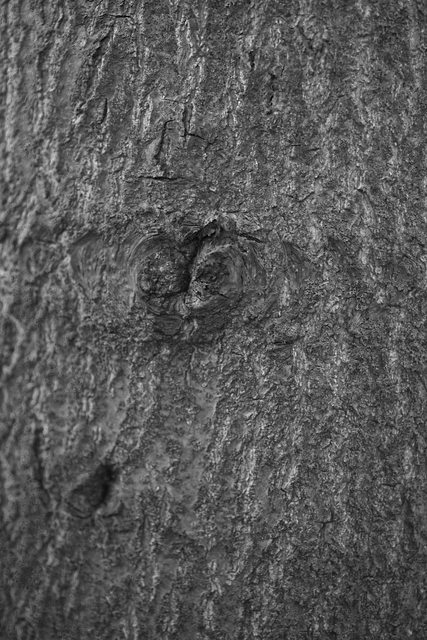 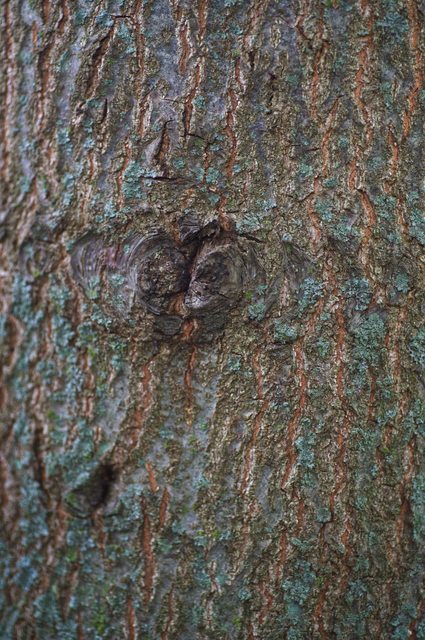 This is shot with the D-Lux 7.

Straight out of camera without any editing. Monochrome HC+ set for the jpeg engine. 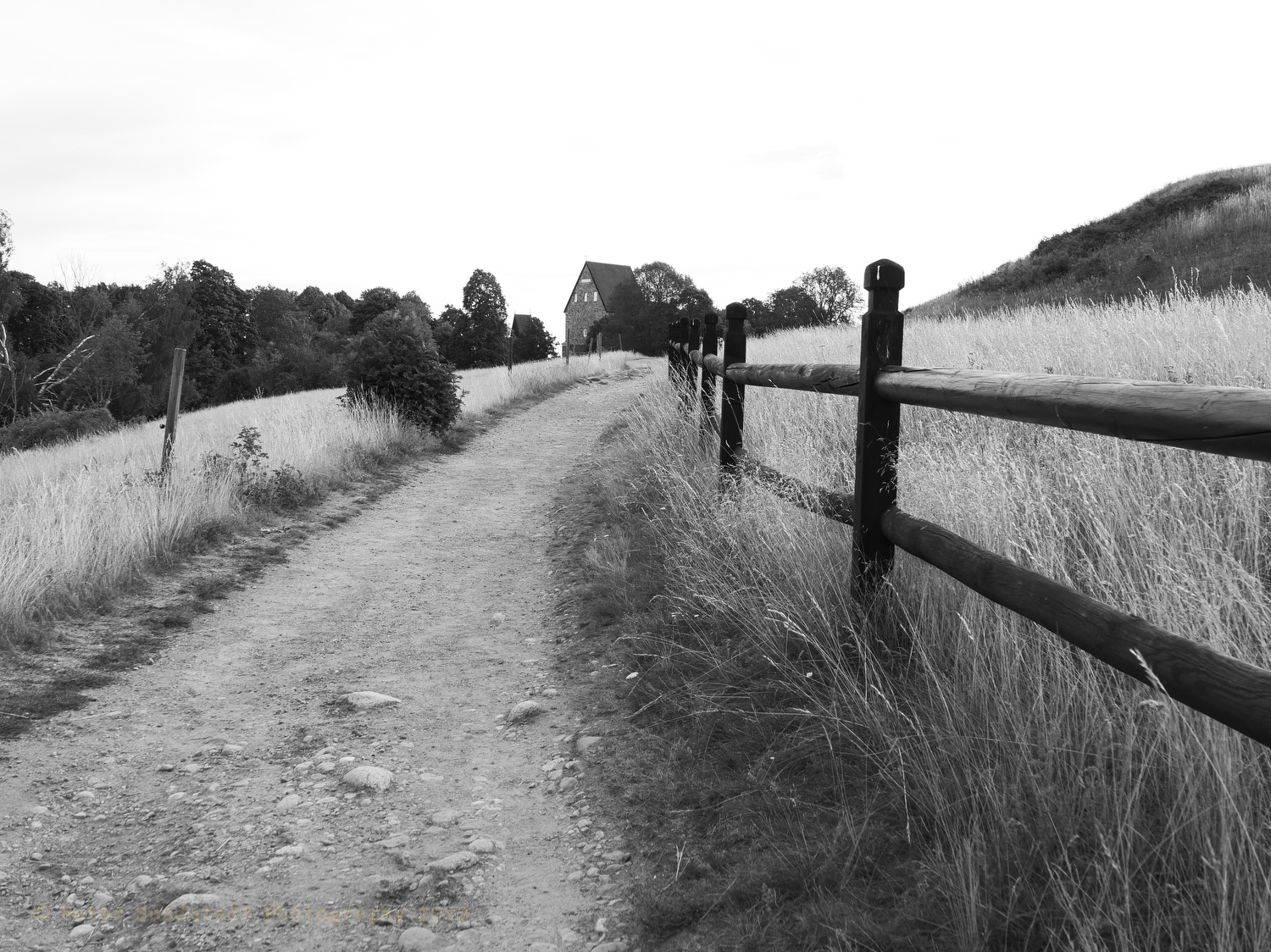 Edited from a PhotoNinja raw conversion with the Scenic preset as the only tweak.

Yellow filter, HP5, Strong Selenium toning and a slight yellow paper hue. Basically my standard recipe for landscapes if the starting point is a good one. 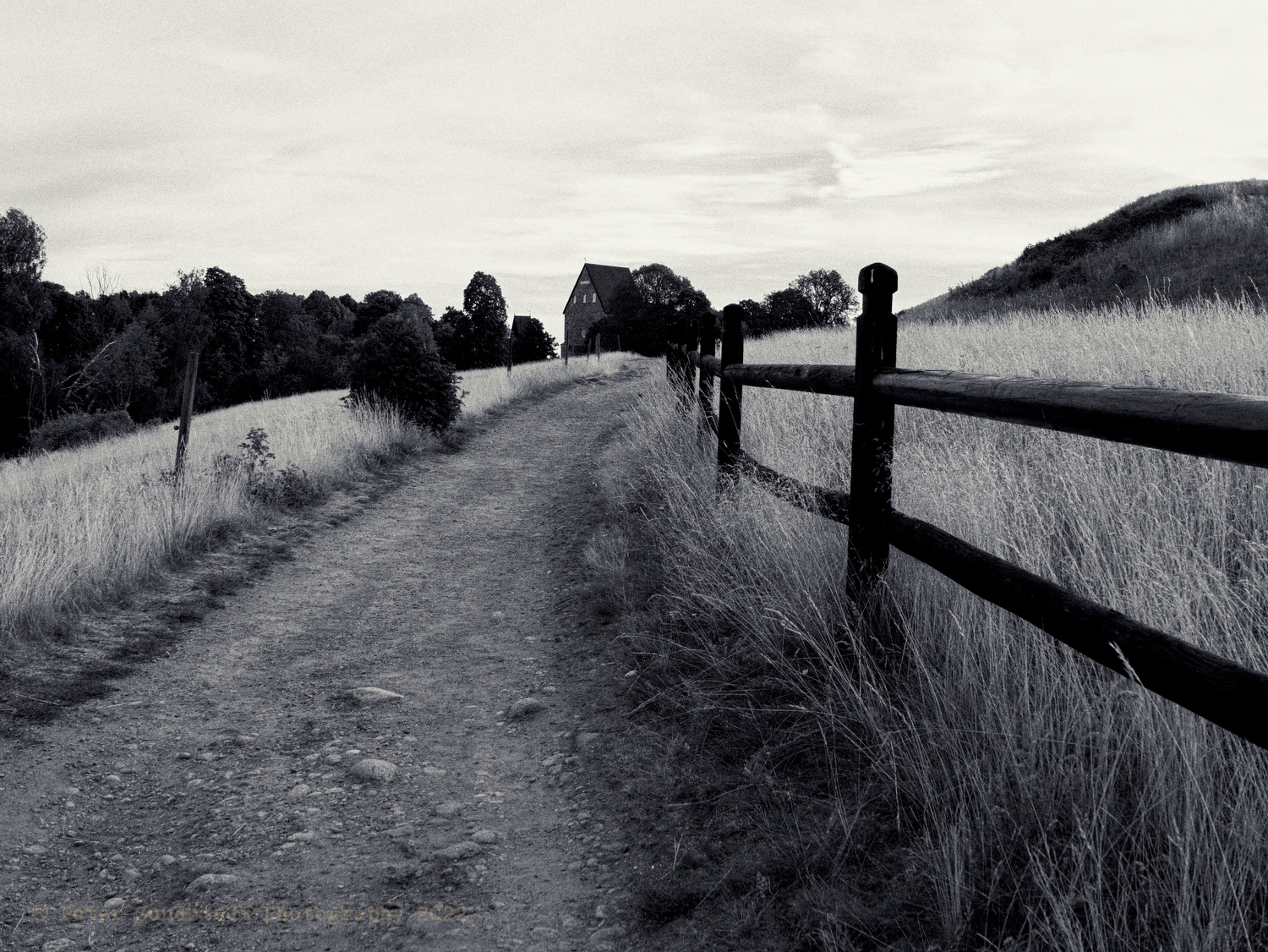 The dynamic range was a bit much for the in-camera conversion, so some highlights are blown. I exposed for the mids rather than for preserving the highlights.

SOOC, same settings as the church. 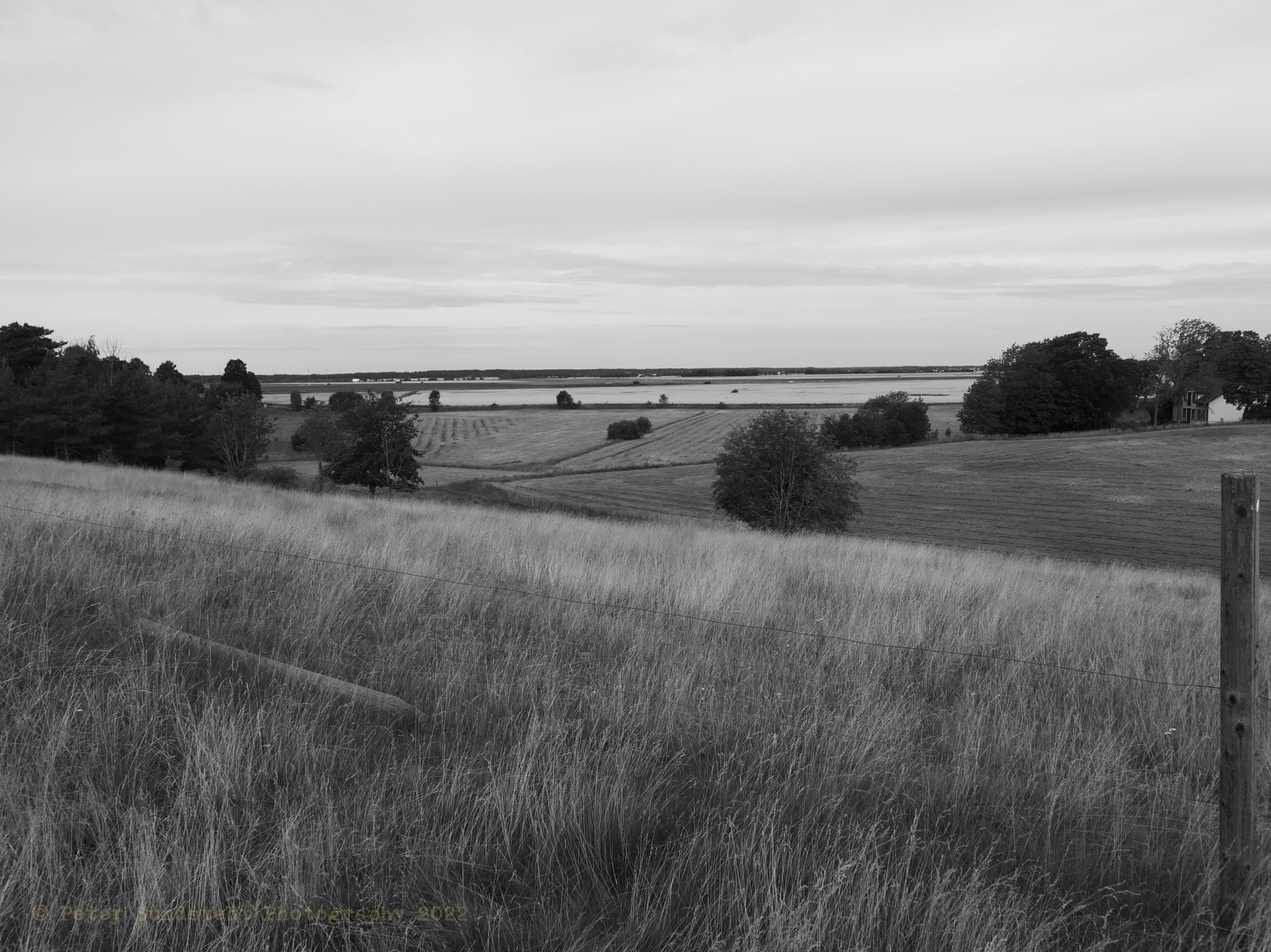 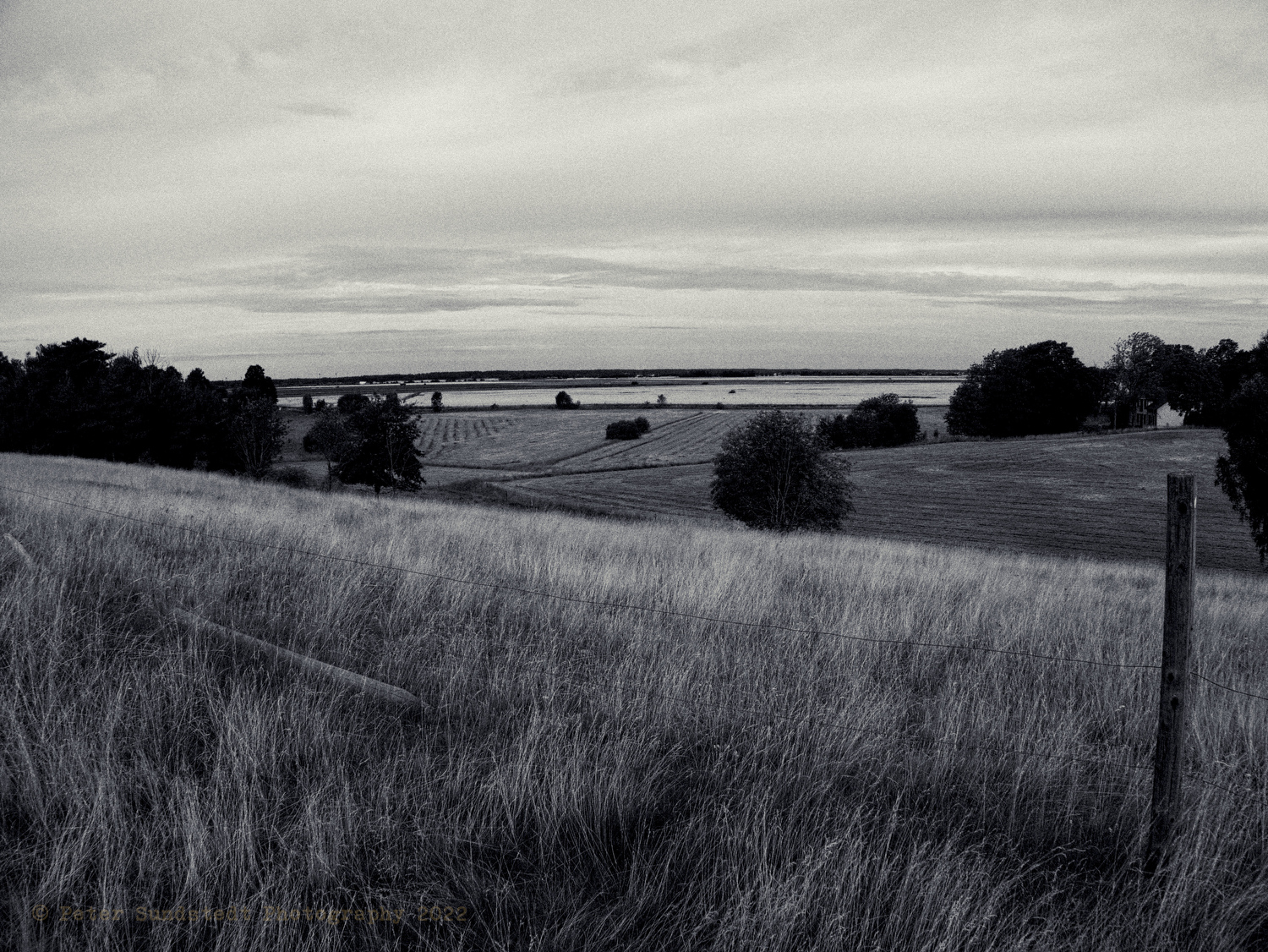 One stop less DR in the scene, so the camera handled this much better.

One interesting feature of the SOOC jpeg is that it crops a little bit tighter than the raw capture.

Here's one from last Thursday. 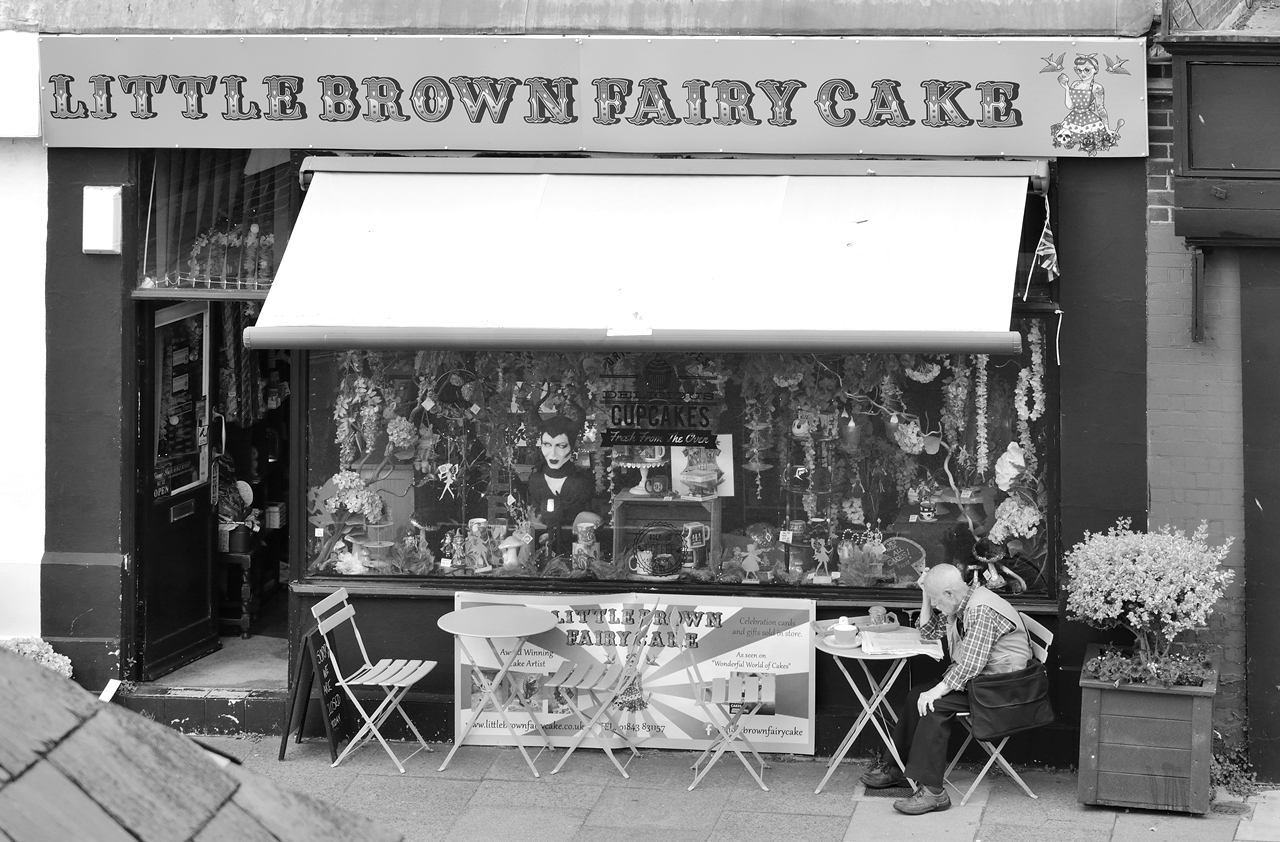 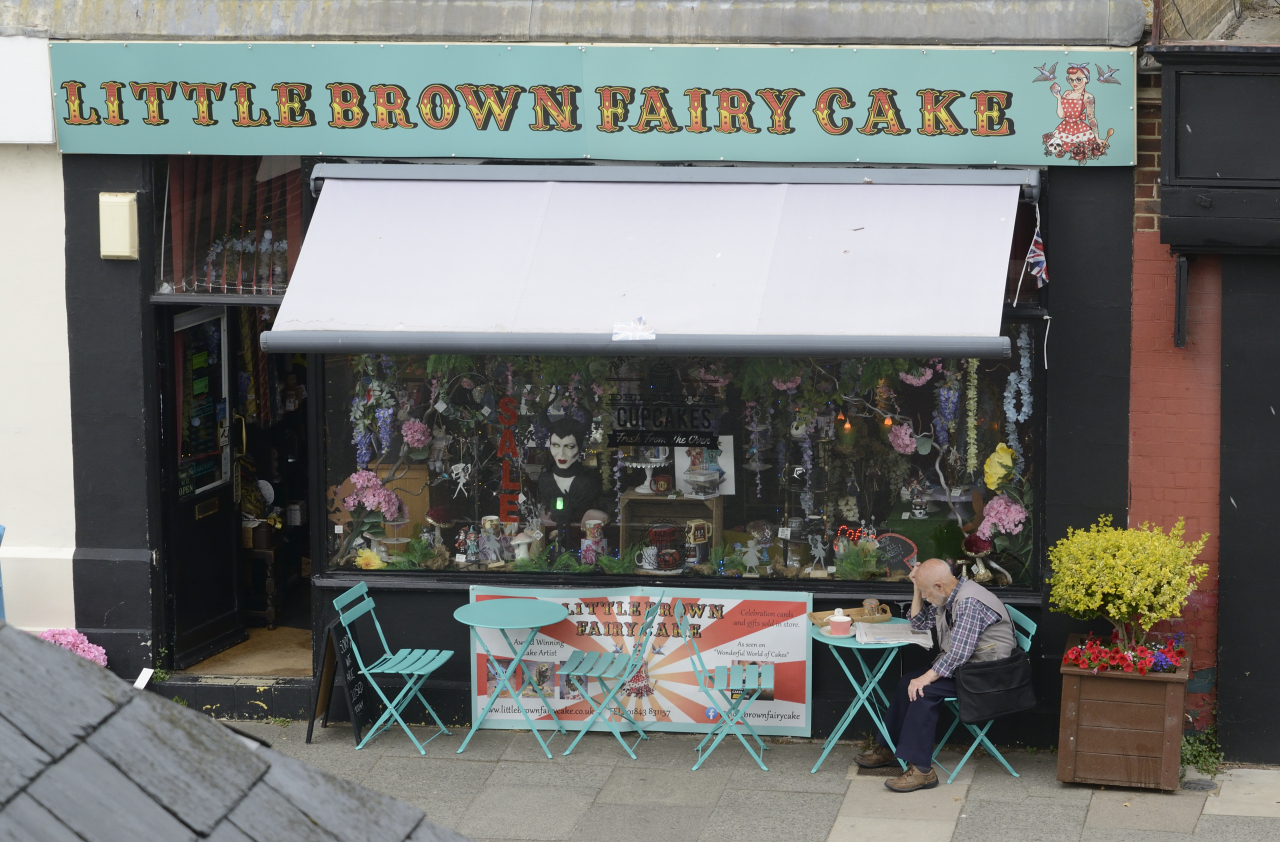 Just a bit of shadow  protection adjustment on the colour original (NX S).

Viewed from railway foot bridge opposite.

The Scenic preset in PhotoNinja. 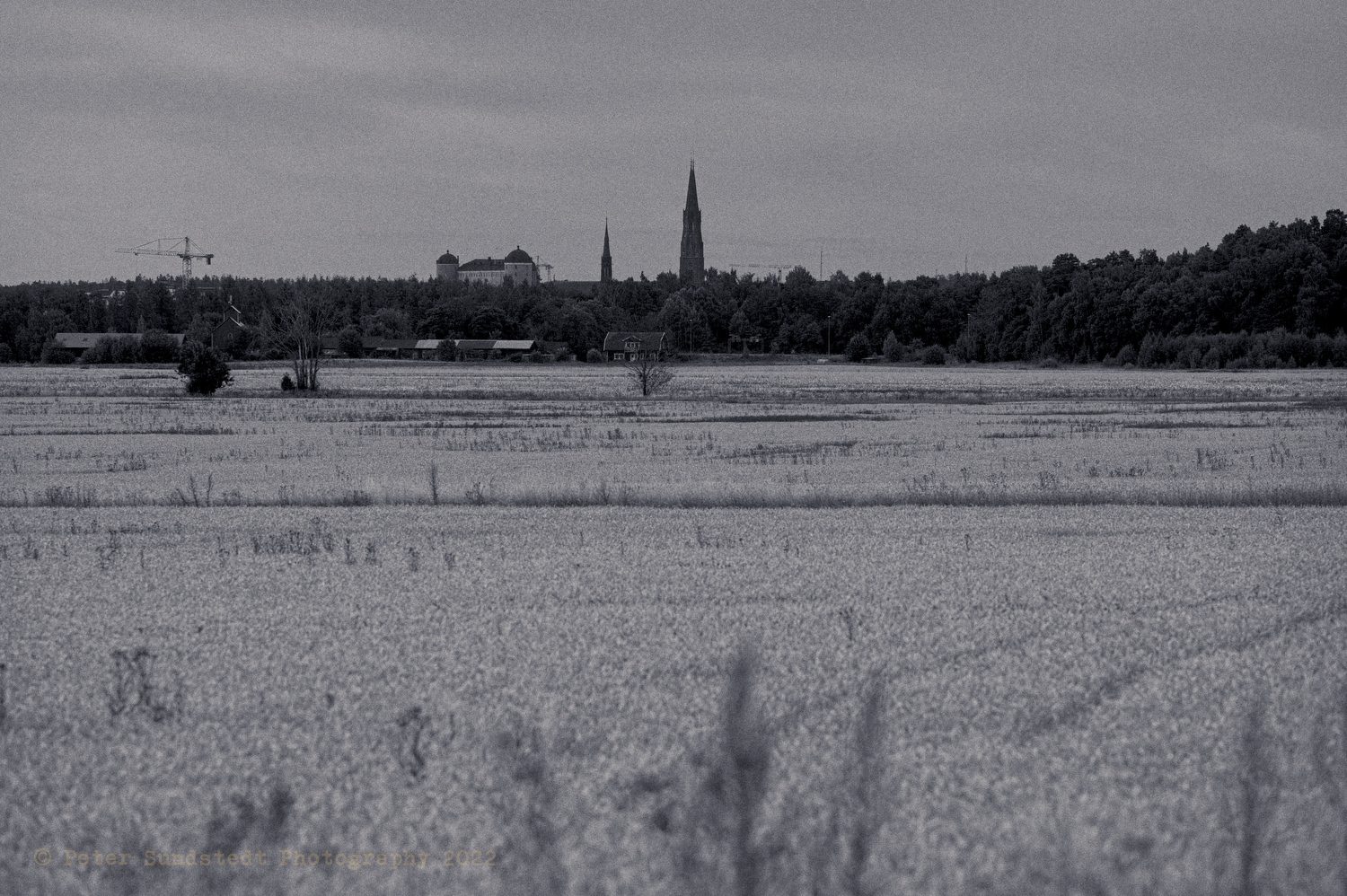 Took one this afternoon, camera set to mono. 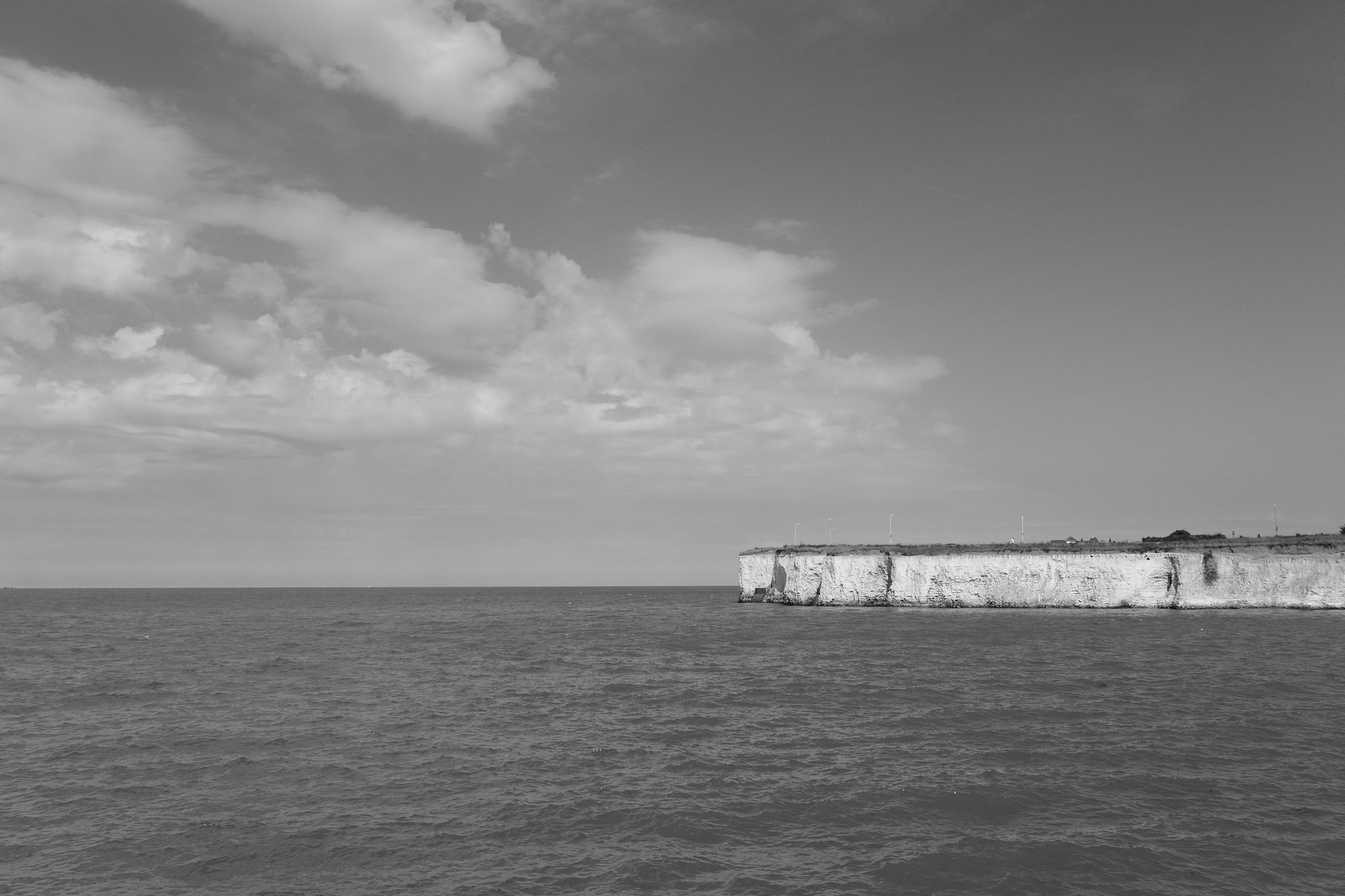 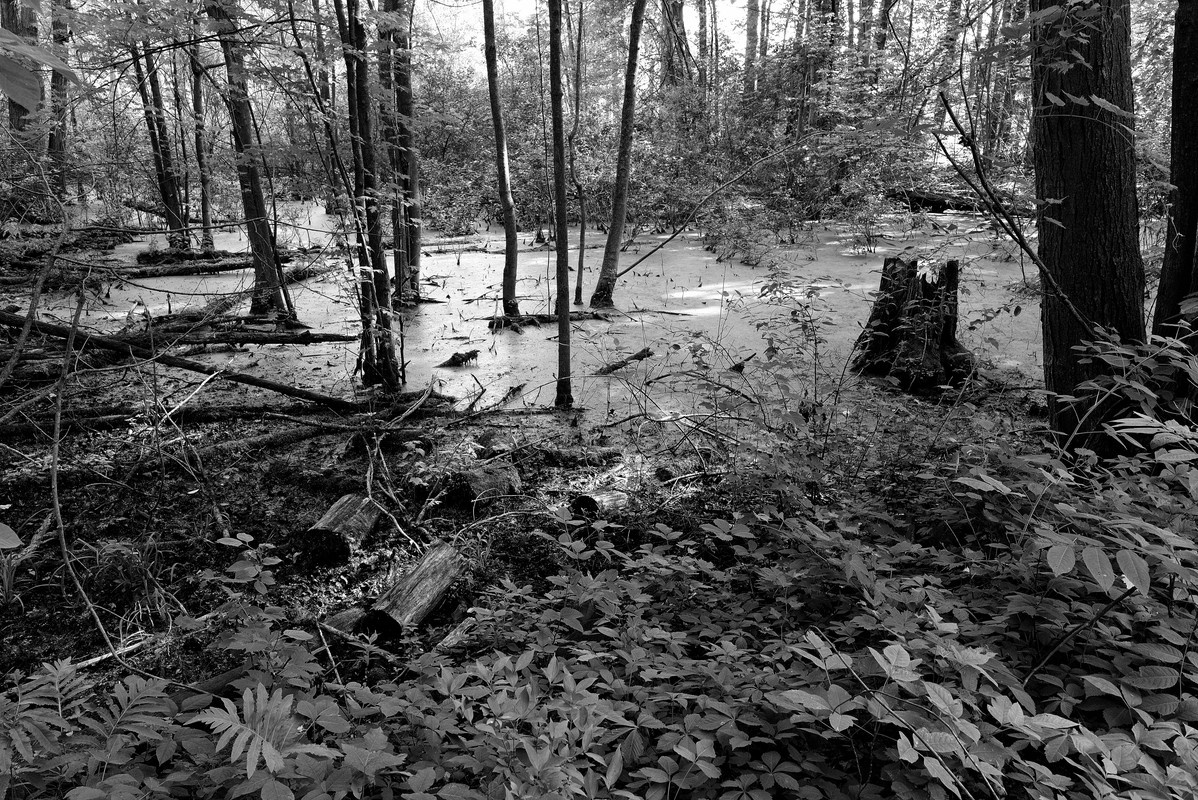 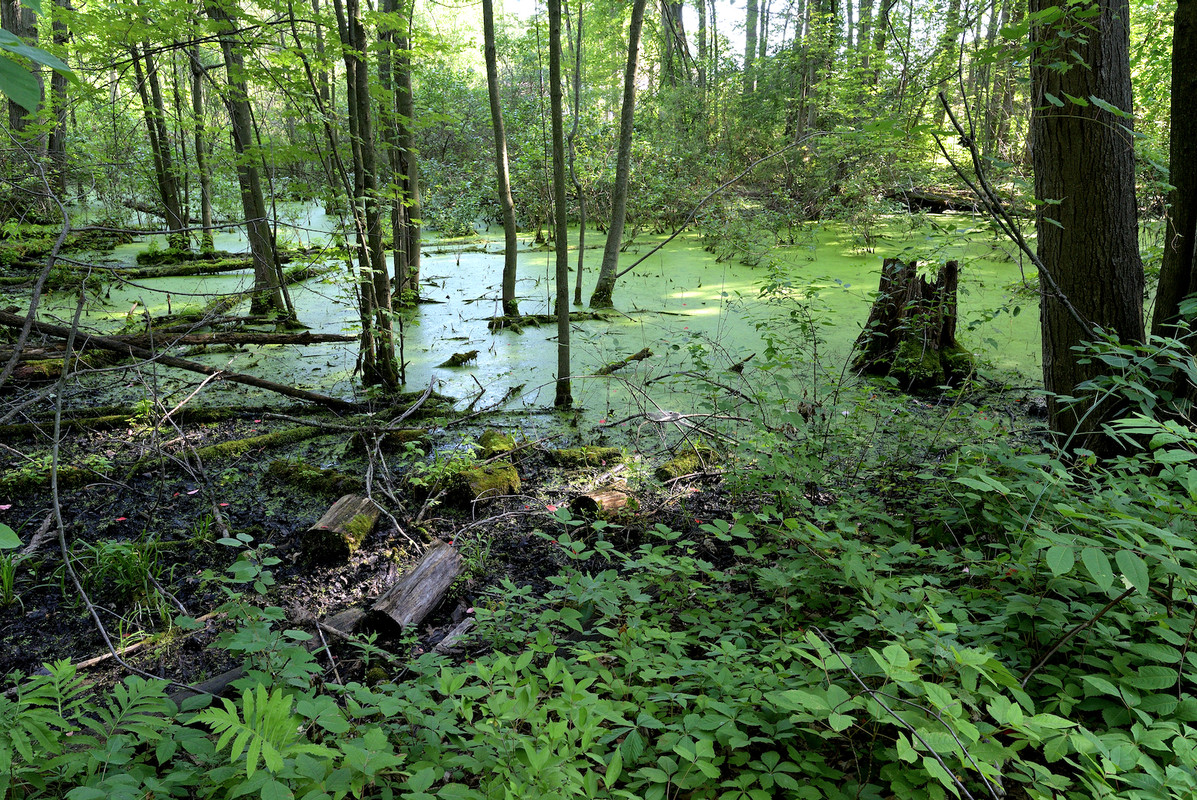