1 reply to this topic

For use on new cameras, the aperture ring should be locked.

On the F4, the reason why those smaller aperture numbers are printed on the lens, is so they can be

seen from the viewfinder.

My question is, when used on cameras like the F4, should that ring be locked? 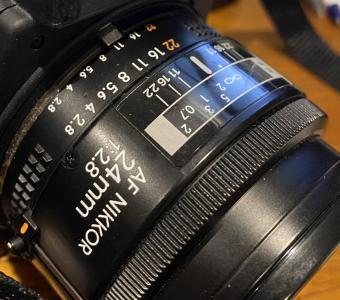 That depends on what mode you are using. When you use Program or Shutter priority, the ring needs to be set to the fully closed down aperture to let the camera control the setting. In Manual or Aperture priority, you need to use the ring to control the aperture as the F4 doesn’t have a control wheel.

Back to Technical Troubleshooting · Next Unread Topic →