My Favourite Quotes — Please Chime In

76 replies to this topic

"The tendency of liberals is to create bodies of men and women-of all classes-detached from tradition, alienated from religion, and susceptible to mass suggestion-mob rule. And a mob will be no less a mob if it is well fed, well clothed, well housed, and well disciplined."

Funny...but False, according to Snopes.com


Forbes says something in the same direction.


"No person of money has ever bought a second of time,"

“If you have always believed that everyone should play by the same rules and be judged by the same standards, that would have gotten you labeled a radical 60 years ago, a liberal 30 years ago and a racist today.”

“We sleep soundly in our beds because rough men stand ready in the night to visit violence on those who would do us harm.”-Winston Churchill

Another David Bailey one...

it takes a lot of looking before you learn to see the extraordinary.” — David Bailey —


So true… a great one Peter!

On this Memorial Day, we honor the memory of those who sacrificed their lives for us.

“Let their remembrance be as lasting as the land they honored.” – Daniel Webster

I was told that when I signed my enlistment papers long ago that I had just written a blank check to the people of the United States payable for up to, and including my life, ''The last full measure of devotion.''  as  A. Lincoln said  on November 19, 1863.  One hundred years later, we as school children had to commit those words in our memory.   I learned it was not just for the Union dead at Gettysburg, but most of Lincoln's words spoken there ring true for all our war dead.

Four score and seven years ago our fathers brought forth on this continent, a new nation, conceived in Liberty, and dedicated to the proposition that all men are created equal.

Now we are engaged in a great civil war, testing whether that nation, or any nation so conceived and so dedicated, can long endure. We are met on a great battle-field of that war. We have come to dedicate a portion of that field, as a final resting place for those who here gave their lives that that nation might live. It is altogether fitting and proper that we should do this.

But, in a larger sense, we can not dedicate -- we can not consecrate -- we can not hallow -- this ground. The brave men, living and dead, who struggled here, have consecrated it, far above our poor power to add or detract. The world will little note, nor long remember what we say here, but it can never forget what they did here. It is for us the living, rather, to be dedicated here to the unfinished work which they who fought here have thus far so nobly advanced. It is rather for us to be here dedicated to the great task remaining before us -- that from these honored dead we take increased devotion to that cause for which they gave the last full measure of devotion -- that we here highly resolve that these dead shall not have died in vain -- that this nation, under God, shall have a new birth of freedom -- and that government of the people, by the people, for the people, shall not perish from the earth.

Like you, I was required as a schoolboy to memorize Lincoln's Gettysburg Address. The elementary school that I attended was named for a local WWI soldier who was killed in action in France. On Decoration Day (now Memorial Day), the student body assembled and, from memory, recited the poem, "In Flanders Fields", written in 1915  by John McCrae a Canadian poet, physician, and soldier from Guelph, Ontario.

In Flanders Fields
In Flanders Fields, the poppies grow
Between the crosses, row on row,
That mark our place; and in the sky
The larks, still bravely singing, fly
Scarce heard amid the guns below.

We are the dead. Short days ago
We lived, felt dawn, saw sunset glow,
Loved and were loved, and now we lie,
In Flanders fields.

Take up our quarrel with the foe:
To you from failing hands we throw
The torch; be yours to hold it high.
If ye break faith with us who die
We shall not sleep, though poppies grow
In Flanders fields.

A cousin sent me this photo of the grave in France of our great uncle who was killed in WWI.  It has the poem, ''In Flanders Fields'' hand written on the back.  It's been many years since that photo had seen the light of day, stored away in an old steamer trunk for many years. 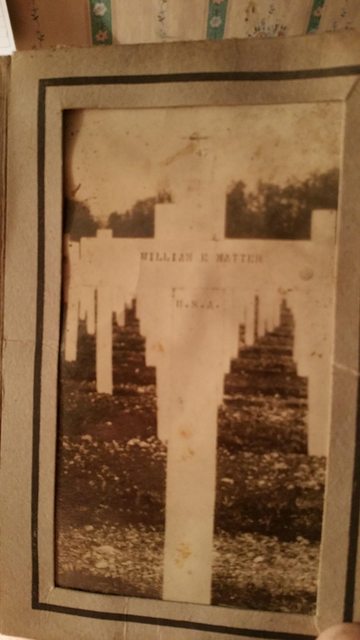 William and his wife, in better days. 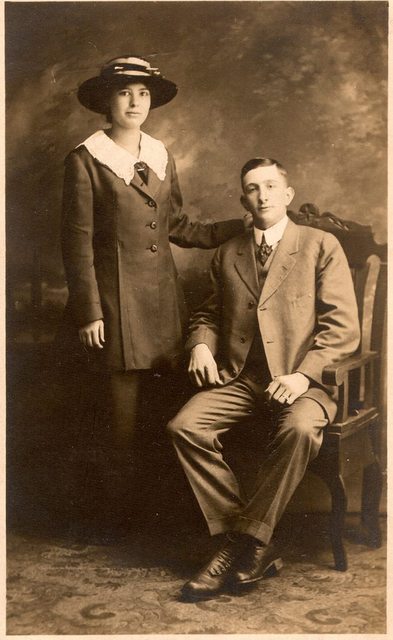 As a die hard Boston sports fan, my dislike for the Montreal Canadiens is surpassed only by the enmity I feel for the New York Yankees. That said, I admit to experiencing grudging admiration for the latest Montreal hockey club.

It's partly because the team hasn't been to a Stanley Cup final since the '92-'93 season. That's a long drought for such a proud franchise to endure. Boston fans, especially those who root for the Red Sox, know all about long championship droughts. Also, it's hard not to root for an underdog that finished 4th out of 6 teams in the North Division, squeaked into the playoffs, and then proceeded to defy the odds makers by defeating the Toronto Maple Leafs, Winnipeg Jets, and Vegas Golden Knights. Finally, I'm just a diehard fan of the sport I played as a boy some 60 years ago so I'll cheer for them as members of the "original six".


I do have some heart beats for the Bruins… and the "six"
and have heartbreaks when le Canadien doesn't cut it!.

People today would do well to heed the many still relevant lessons in Solzhenitsyn's writings.

Back to Coffee Chat · Next Unread Topic →