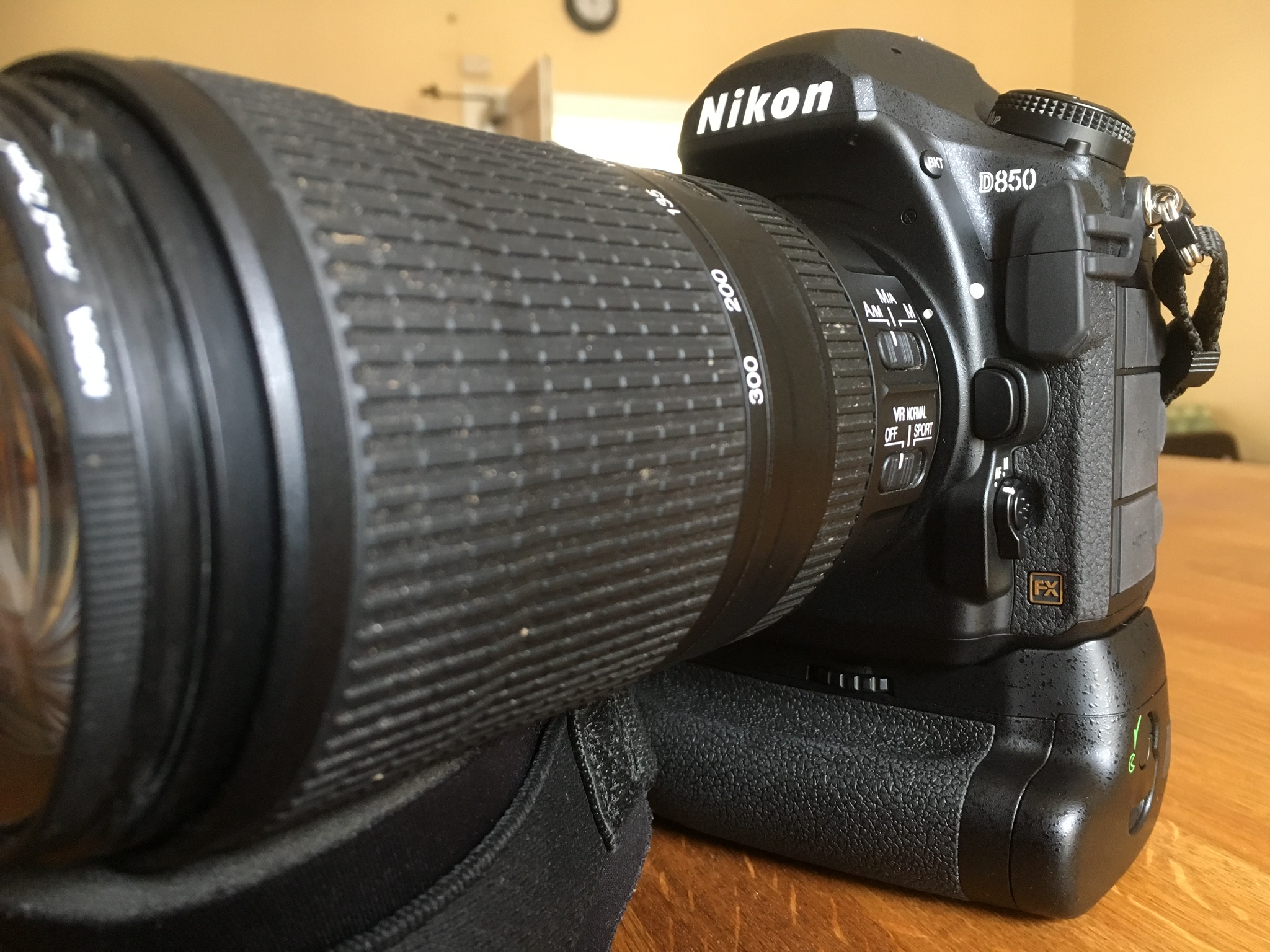 A week on and the D850 and I are settling in nicely.

You’ll recall that I bought the camera in a lightly used condition, what I didn’t mention is that it arrived with a Fuji battery charger. A quick message to the seller elicited an apology and the prompt dispatch of the proper one - which turned out not to work! In fairness, the seller did offer to refund part of the price but I was very happy with the camera, the prompt delivery, etc so I told him not to bother. It hadn’t been an issue because I still had the D610 and could use that battery charger but I sold that camera late last week and the situation became more urgent. Fortunately I was able to find an almost new Nikon charger locally on Friday for £25. Problem solved. I’d still like the 10.8v battery at some point but that charger is a phenomenal price!

The initial handling issues I had have disappeared - sort of. Following suggestions by Peter (Merco_61) I have programmed a Function button to give direct access to the first item on the My Menu page - in this case the Photo Settings Bank. Unfortunately I have yet to find time to set them up properly, but it’s a step in the right direction. The issue of avoiding having to switch from Continuous to Single AF by using back button focus, I didn’t fully understand and a couple of sessions of messing about with it have failed to yield a solution. However, I no longer feel that I’m constantly about to miss the next shot!
The only lens I kept from my eBay activities to buy the D850 was the AF-P 70-300/4.5-5.6E ED VR. I was impressed by this lens when I had the D610 and I can only say that I’m even more impressed with it now, it really is a remarkable lens - particularly at its price point. It strikes a great balance of weight and build quality and it’s sharp, really sharp! Although the light hasn’t been that friendly to us this week, I can see a noticeable improvement of in-focus shots when photographing the dogs at play. Set to AF-C and 3D tracking, the camera acquires focus accurately and very quickly and hangs onto it. Even when, through the viewfinder, I think I’ve lost it, on close inspection later it usually turns out the camera didn’t. I’m very impressed.
However, part of this move was to try to get the absolute best that I can get and with that in mind (and I may live to regret this!) the 70-300 will be going, to be replaced by a 70-200/2.8FL. I can live with 200mm at the long end because I can add a tele-converter later, if necessary, but I want brighter and faster. How much do I want brighter and faster? Well, enough to sell my beloved TIG welder and I may order the new lens today, if I can find one at the right price.

That just leaves the question of lens number two. I like a fast prime for that role. Normal length, wide aperture. I’ve always had a 50mm apart from on two occasions - back in the days of film when I had a Leica RE with a 35/2, a 90/2 and a 180/2.8. I didn’t really get in with the 35. A bit more recently I had a Micro Four Thirds for a few years and my standard lens was a 34/2.8 equivalent which I really liked and with which I took some of my favourite pics. So I’m considering a 35 again and the one that takes my fancy is the 35/1.4. It seems to combine the main attributes of the 58/1.4, which I’ve always fancied, with a wider field of view. Ultimate sharpness, in that focal length, I can live without but I want bokeh and I want awesome treatment of point light sources at the edge of frame. In short, I want a Leica Noctilux but for a Nikon, with AF and in 35mm! If anyone’s got one, your feedback would be appreciated.

So that’s where we are right now. I’m very impressed with its results - although I’ve yet to take that one pic that says ‘THAT is why I bought this camera’. Early days yet though. I’m happy that I can get the pics I want and I’m getting happier with its controls (although I do feel that there is an element of simply forgetting how good ergonomics CAN be) and, most importantly of all, I trust the camera. I trust it to respond quickly, to keep up with the action and to produce cutting edge files. What I need in order to forget about the camera and get on with the job are two lenses of similar ability and that bar is set pretty high.